Adrenaline on the Water Doesn’t Get Much Better 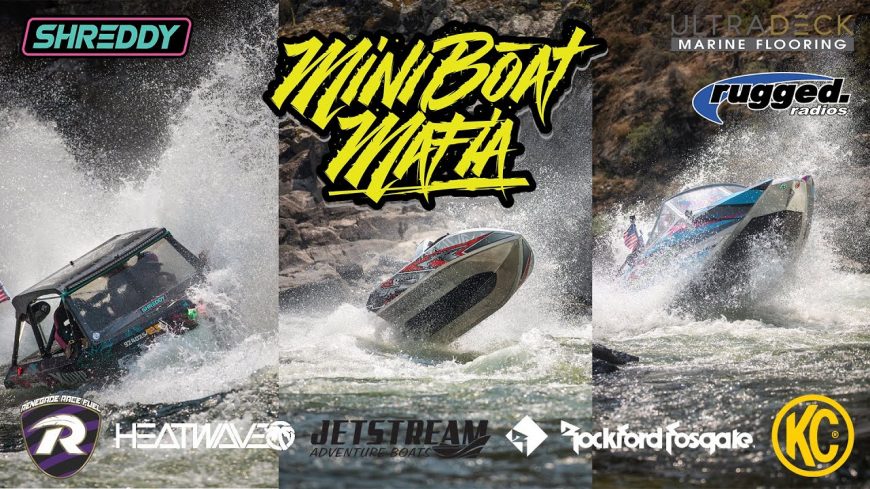 It seems like there are two kinds of boaters in this world. On one hand, we have the people who like to go out there and simply spend some time kicking back and relaxing. This would probably make up the vast majority of the boating community. However, a smaller subsection of the boating community is actually a little bit more interesting to watch. These folks, instead, like to get their fair share of adrenaline when they head out on the water.

This time, we check in with a group of folks who prefer to stay on the edge of their seats when behind the controls of a boat. With a variety of mini boats, the “Mini Boat Mafia” heads out to take on a little bit of white water.

Normally, we would think that most folks would shy away from the raging Idaho white water that seems to be pretty dangerous. However, this collective seems more than willing to take it on with a full head of steam. With that, we find a variety of adrenaline-pumping antics from sending boats in the air to making them act, temporarily, like a submarine.

Our hosts say “Charging headfirst into some of the countries‘ wildest Class III, and IV river rapids. Carnage- guaranteed. Sky miles- logged and earned. These mini boats rallied up the river, down the river, and above the river. If your not bashing rocks are you really jetboating?”

By following along with the video below, we get to tune in with some incredibly intense and rather wet action. In fact, when it comes to boating, we aren’t sure that it gets much more extreme than this. Just when we thought that we couldn’t turn a day on the water into an extreme sport, along comes Shreddy Lyfe to change our minds.