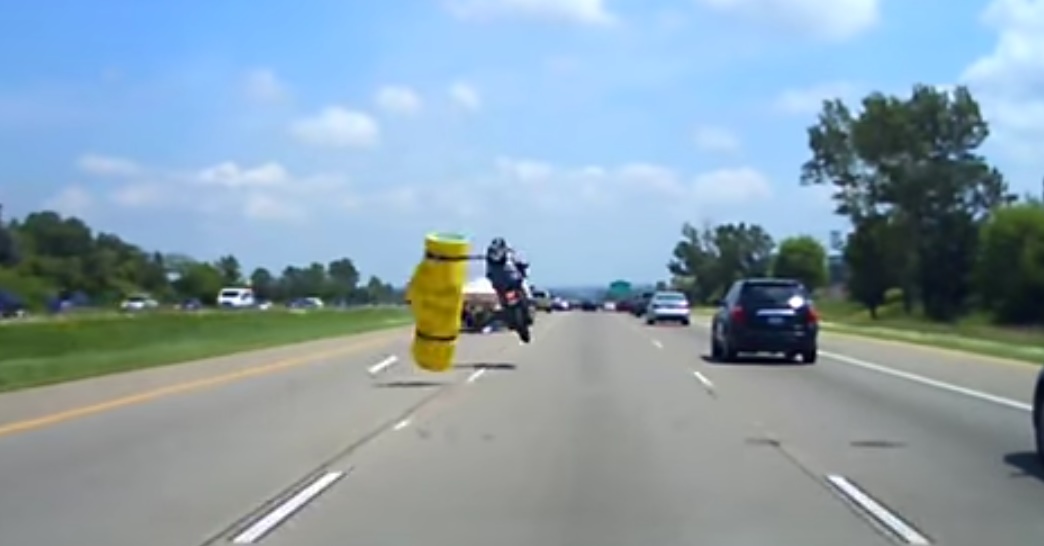 Even when you have eyes on the back of your head, vigilantly riding and making sure that safety is a priority, still, obstacles can come from nowhere.

This time, we check out a rider who has a tangle with some debris that comes as a result of a boater not securing their load.

We watch as a giant raft falls off of the back of the boat and on the highway, leaving the motorcycle rider to react in a split second, but at that point it’s too late.

We’re able to witness the whole event on dashcam as the rider hits the float and goes soaring into the air. That’s one that he’s going to be feeling in the morning.

SHOW OFF BIKER FAILS IN FRONT OF EVERYONE!