Sometimes, in videos like this, we witness drivers who really take us aback for a ...

Sometimes, in videos like this, we witness drivers who really take us aback for a second and make us scratch our heads. How did somebody with this kind of temperament behind the wheel manage to get a license and furthermore, how did they manage to keep it this long?

This time, we check out an aggressive driver who is way out of line as he looks to be about the most impatient person ever and he uses that impatience for worse as he ends up causing an accident and it also looks like he may have just done it on purpose.

We watch as the impatient and reckless driver zooms in and out of traffic before pulling in front of a truck and suddenly slamming the brakes. This break checking causes the truck behind him to react accordingly, thus causing a chain reaction in which the truck behind that truck rear-ended him.

After the whole scenario went down, both of the trucks involved in the accident obviously had to pull over but the guy who caused the entire thing just zoomed off into the day. We get a funny feeling that Karma will catch up with this guy sooner or later. 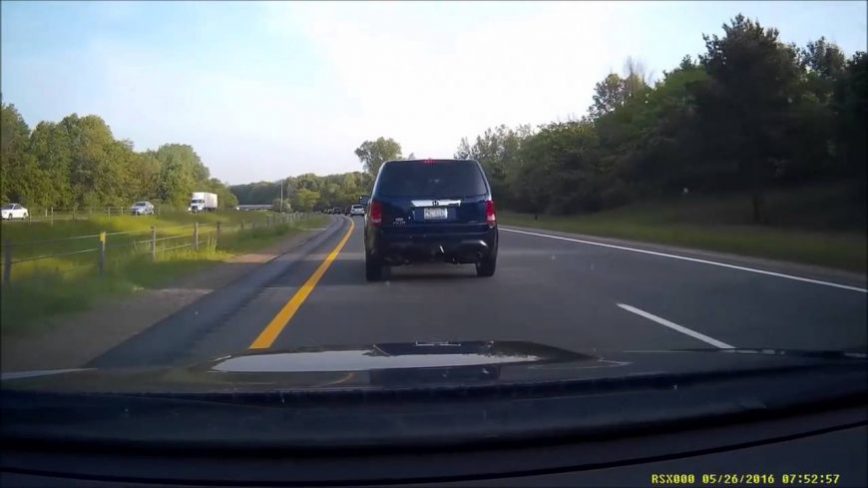