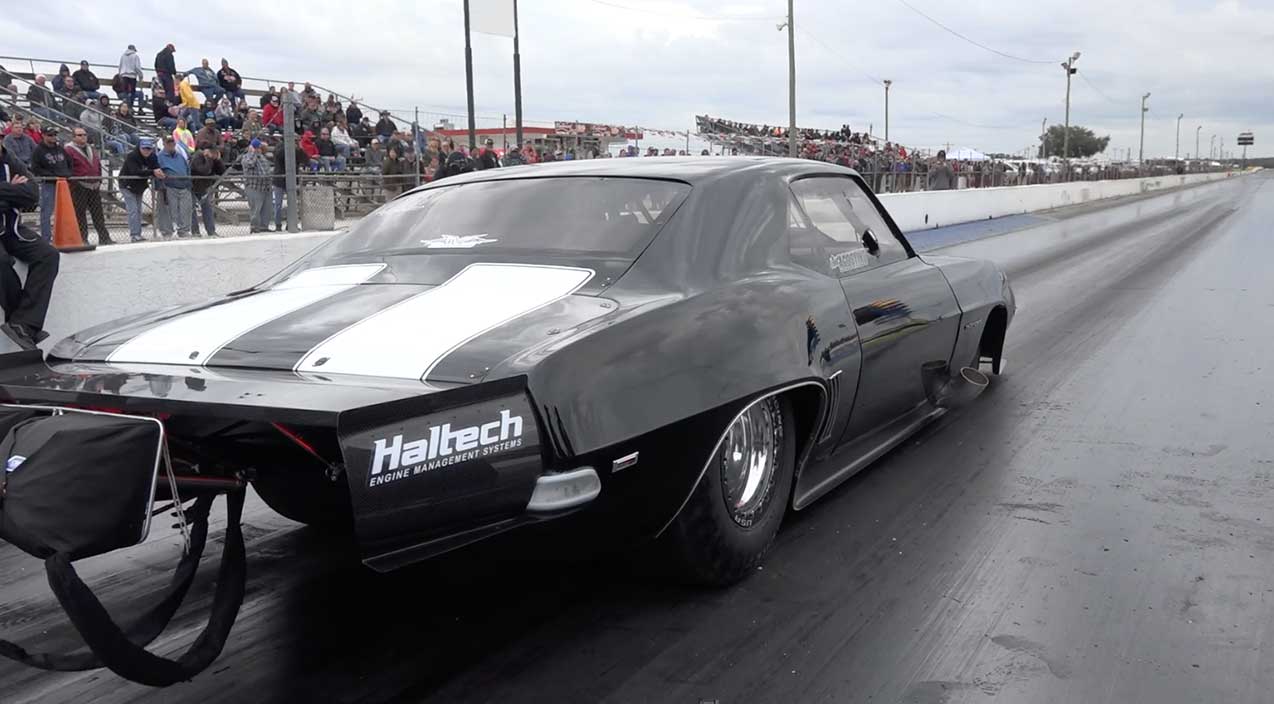 Nick Agostino has always been in and around the world of small tire racing for years. His iconic red Camaro was always at the forefront of whatever class he ran, despite “only” being powered by a small block. However, that car met an untimely demise, leaving Agostino looking for a new ride to get him back into the mix.

Just a couple of weeks ago, a few photos trickled out of a gorgeous black 1968 Camaro that would be making its debut this weekend at Lights Out X in South Georgia, and lo and behold if that car didn’t belong to the friendly Canadian himself.

Agostino stuck with the small block powerplant that helped him build his reputation, with twin turbos force-feeding the powerplant as much air as they can cram into the cylinders. The car looks great, with an inky black paint job that looks miles deep, and the perfect stance to keep the car nice and low on the track to help with aerodynamics.

With just a few baseline pulls under his belt, Agostino uncorked the run you see below, which as far as I can tell, is a new small block radial record, supplanting Marty Stinnett from the top of the small block badasses list.

We’ll be looking for Agostino’s car this weekend at Lights Out, where he’ll be going head to head with the baddest small tire rides in the world. Can the mighty small block hang with the massive turbocharged and supercharged Hemie monster 900+ CID nitrous engines? There’s only one way to find out and that’s to grab a lane and take them on head to head.

We’ll be sharing the live feed link all weekend for those of you who can’t make it to the race, so check back and see if Agostino can make waves with his new ride!

Nick Agostino first time out looked pretty damn good to me! I can’t wait to see what Nick and his team does in #RVW for 2019!! #OHHHWEEE #HALTECH #PAYSOPRODUCTIONS #RAWUNCUT