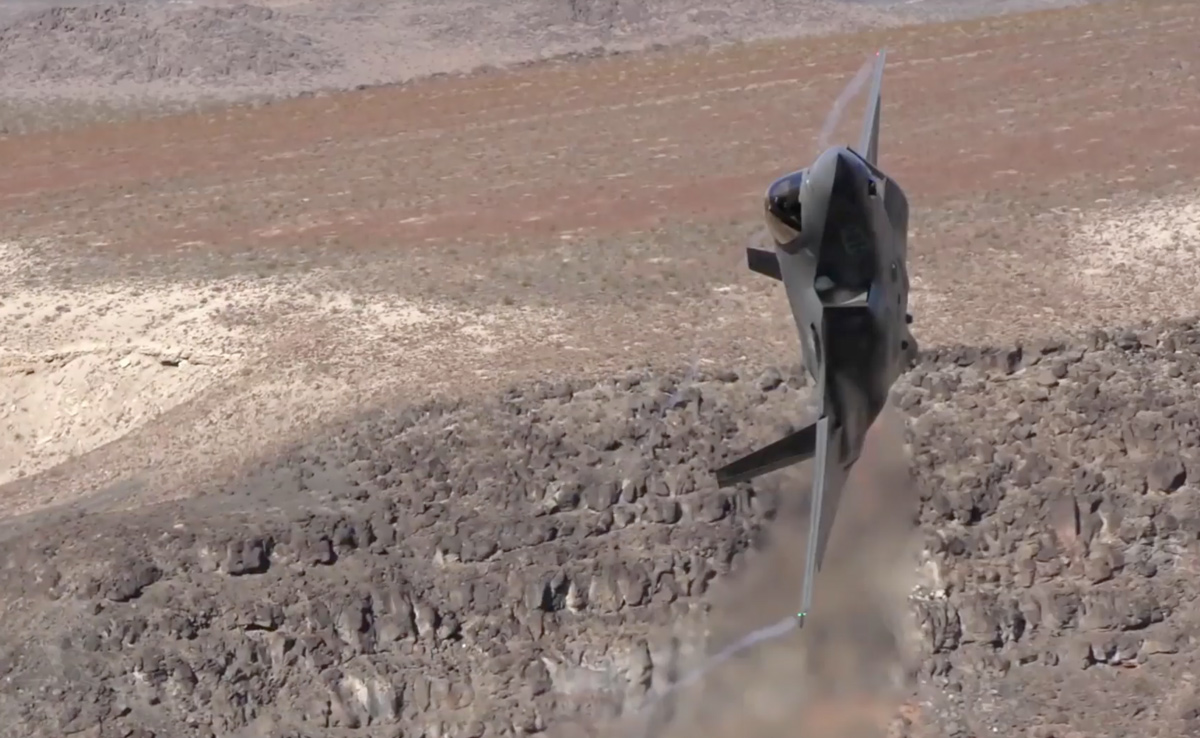 The Lockheed Martin F-35 Lightning II is one of the most advanced fighter jets in the world. Featuring some of the most advanced onboard sensors and avionics, the Lightning is America’s premier surface-to-air missile killer, according to Lt. Gen. Mark D. “Shack” Shackelford, the acquisition deputy to the assistant secretary of the Air Force.

The single seat fighter relies on just a single engine, but is still capable of flying above Mach 1 without using the afterburners and can top 1.5 times the speed of sound with the afterburners engaged. The “B” variant of the F-35 is a STOVL design, which stands for Short Take Off and Vertical Landing, making it the first operational supersonic STOVL fighter in the US fleet.

For proof of just how badass this plane is up close at speed, you need look no farther than this very video, shot in the Nevada Desert and posted on the appropriately-named Low Flying Aircraft YouTube channel. As you can see in this minute and a half video, these pilots are putting the F-35’s through their paces, banking, rolling and climbing to really show off the plane’s maneuverability.

As if the badass pilot skills weren’t awesome enough, these planes sound amazing, shrieking loudly as they fly within what seems like just a few feet of the camera. As a photographer, I couldn’t help but key in on the sound of the cameras clicking away in the background as the planes approached. I would love to drag my gear out west and set up in a location like this to shoot these insane flying weapons systems in action.

This is just another reason our military is the greatest in the world. We have the baddest of the badasses flying the most advanced airplanes in the world, and as you can see they know exactly what they’re doing. As always, we send out sincerest thanks to our men and women in the military, active and retired, for their service to our great nation.