This is some of the most intense footage we’ve ever run across, and thankfully, also ...

This is some of the most intense footage we’ve ever run across, and thankfully, also some of the most informative. Growing up as a drag racer, I learned about air density and how the air affects an engine early on, but that’s not exactly common knowledge to the general public. Not only does it affect how much power an engine can make, it affects the amount of thrust a propeller can create and how much lift a wing can generate due to the density of the air.

The narrator of this video discusses these factors at great length while the flight of this small plane plays in the background. You can see the plane taking an unusually long time to get up to speed on the runway, taking up most of the nearly mile-long dirt strip to finally take flight. Even then after initially taking to the air, the plane comes back down and bounces off the ground before finally gaining some altitude. With the plane being at a physically high altitude already and the made even less dense by the weather conditions, the plane was simply unable to climb into the sky, coming in contact with the tops of the trees and crashing to the ground.

As the narrator points out, each time the plane strikes a tree, it dissipates some of the energy, causing the plane to slow before tumbling to the ground below. It’s hard to say with 100% certainty, but hitting the trees may have very well saved the passenger’s lives, as they all walked away with reasonably moderate injuries. This certainly could have ended far worse, and hopefully the pilot has learned a valuable lesson about checking the weather conditions before trying to take off in a plane that isn’t up to the task of flying in those conditions. 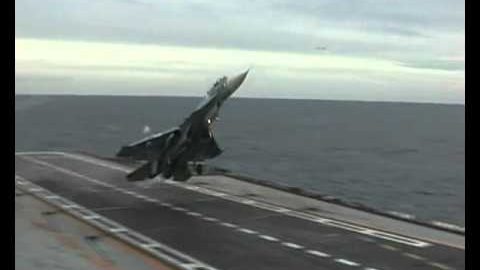