Airplane Goes Down During Airshow, Narrowly Missing Swimmers at Beach 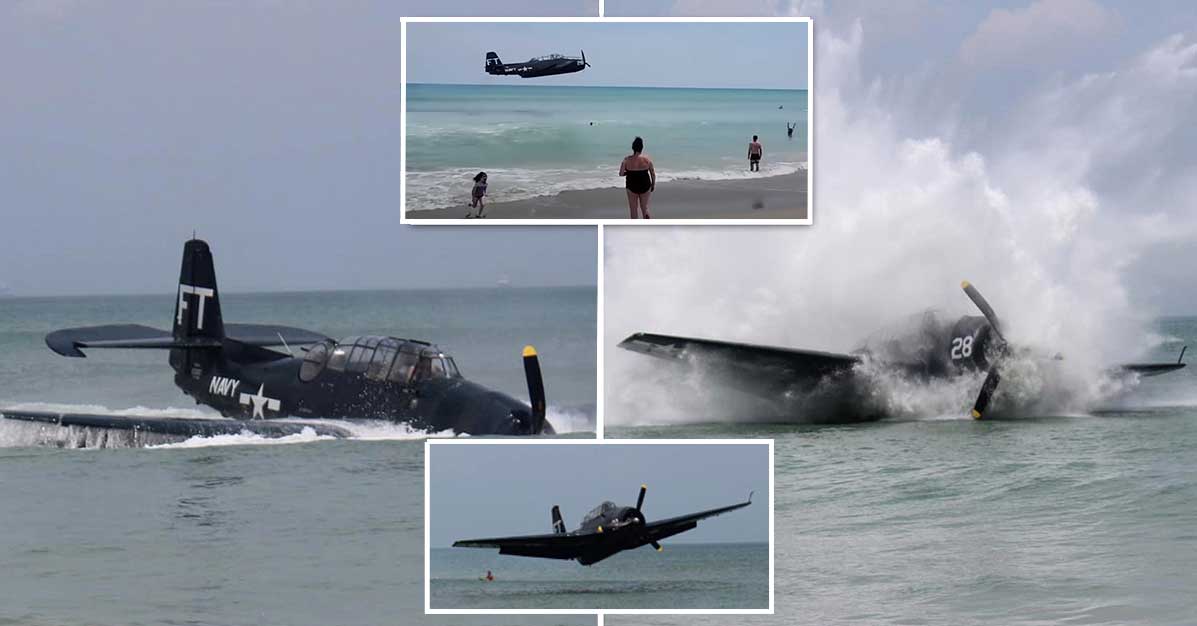 Over the weekend, millions would tune in to social media to catch a video of an airplane finding its way into the ocean. The crash was wild to watch as the plane quickly lost altitude before coming down with a massive splash.

The video showcases what was later identified as a World War II airplane. Apparently, the plane was a part of a demonstration that happened during a Florida air show. We’re told that the plane would end up going down due to a mechanical issue and rescue personnel was immediately on the scene given the fact that it was happening during a sanctioned event.

The pilot would walk away without serious injury after he was somehow able to make a safe landing close to shore. He also managed to miss running into the variety of people in the water at Cocoa Beach, Florida, that day. We would probably bet that the spectators didn’t expect to get this close to the action during the Cocoa Beach Airshow.

The video below posted by The Sun was captured by Nicolas Hawley who was watching the show from the beach with his family. When we watch the footage, we can’t tell if it’s a great skill by the pilot or a stroke of luck but this plane very narrowly avoided hitting several crowds in the immediate vicinity. 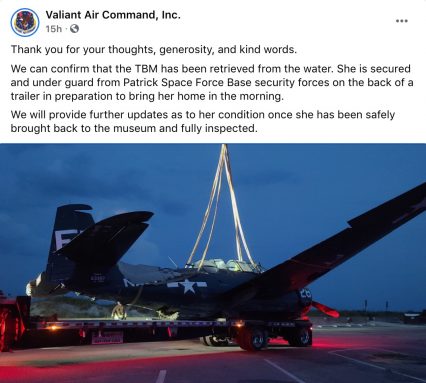 Below, we check in with the footage that showcases exactly what happened on that day. At the end of the day, it’s unfortunate to see the plane go down but this is going to make an awesome story to tell for the rest of the lives of the people on the scene that day. At the end of the day, there just aren’t too many people who are either involved in a plane crash or this close to one who lived to tell about it.

« How Hot Wheels Blew Matchbox Out of the Water, Even Though They Were 15 Years Late to Market