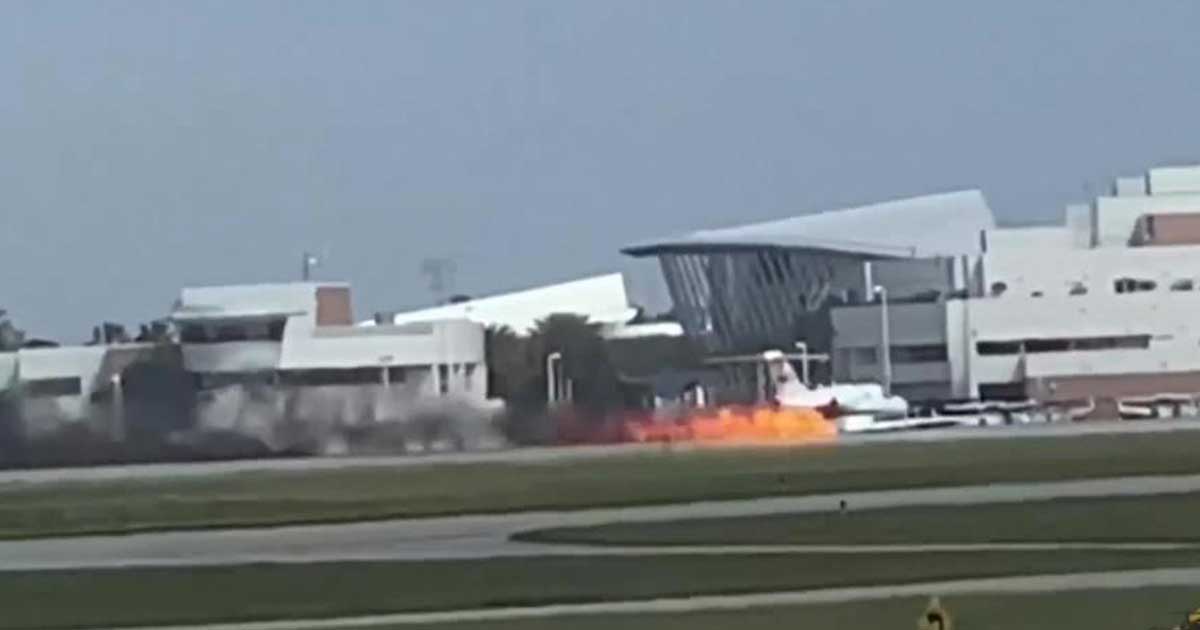 Discovering the landing gear doesn’t work is probably delivers the ultimate sinking feeling of a gut punch. For one small aircraft coming into Daytona Beach airport, that would be exactly the situation. As the pilot of the Cessna Citation Mustang discovered the issue, there was no choice but to try and land the plane. We’re going to go ahead and guess that this was an unfamiliar situation for all involved.

The ordeal was captured on video as the plane touched down and went up in flames as massive amounts of friction began to build. Eventually, this friction would stand to slow the plane down. It’s pretty amazing that the aircraft was able to say straight as it was gliding across the runway with no sort of control. It certainly had to be a moment that was full of holding on tight and hoping for the best.

Daytona Beach‘s Twitter account reported “at about 12:25 pm a small, non-commercial aircraft landed on its belly. NO INJURIES.”

It’s these sorts of situations that require an experienced touch and lots of focus. With so many different aspects going on here, outside interference could definitely have made this one go even further awry.

By following along with the video below, we catch a moment that truly made us hold our breath. It almost seems as if the airplane was never going to stop. However, eventually, the plane does slow before fire crews quickly approach to extinguish the blaze. Given the circumstances, this was probably about a best-case scenario. It’s a good thing that emergency crews were so quick to act.

That’s probably not how the people on board expected to spend their day. We would assume that they’re all feeling pretty fortunate to be able to walk away from such a situation uninjured, though.