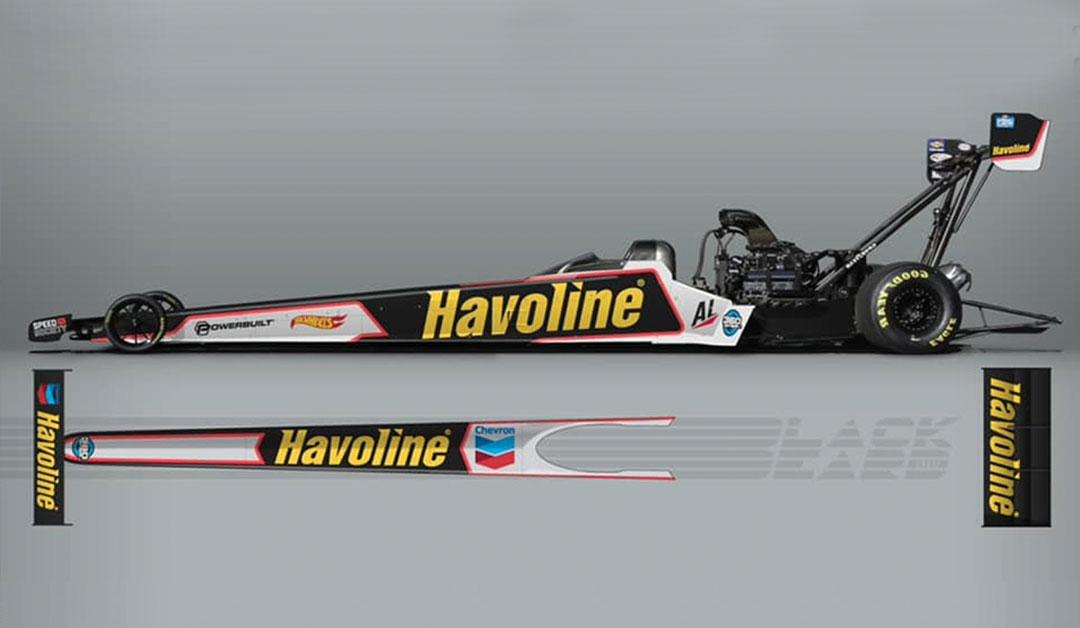 As we push into race season 2022, there are a lot of exciting storylines on the horizon. In the NHRA corner of the world, we look forward to watching yet another year of Alex Laughlin behind the wheel of a Top Fuel car. Laughlin slid behind the wheel of one of these monstrous machines as a newcomer to the class in 2021 after his previous team faced adversity that made them put their Pro Stock program on pause. Needing to fill sponsor obligations, Laughlin found his way to the new class, hoping to pick things up quickly.

In any case, it seemed as if Alex was, in fact, a quick learner behind the wheel of his newfound Top Fuel ride. 2021 would be his platform to get a little bit of a running start moving forward. As such, the time has come to watch Laughlin make waves in 2022 behind the wheel of the Havoline Top Fuel machine.

Alex headed to Facebook to show off the new look for the car this year. The machine will still be sporting the Havoline logo along with several others including Speed Society. The color combo and design have changed up a little bit, though, to try and throw some flavor in the mix.

For those who are ready for some racing, the new scheme will make its debut at the NHRA Gatornationals this upcoming weekend in Gainesville, Florida. The Gatornationals reign as one of the most prestigious races on the NHRA schedule. Laughlin will certainly be trying to put his best foot forward as he looks to get the ball rolling with a head of steam for Top Fuel competition this upcoming season.

Down in the video below, the crew at Holeshot Productions takes us behind the scenes with one of Laughlin’s licensing sessions. This is just a small taste of what fans can expect if they have their eyes glued to the Gator Nats March 10-13 or better yet, if they show up in person!