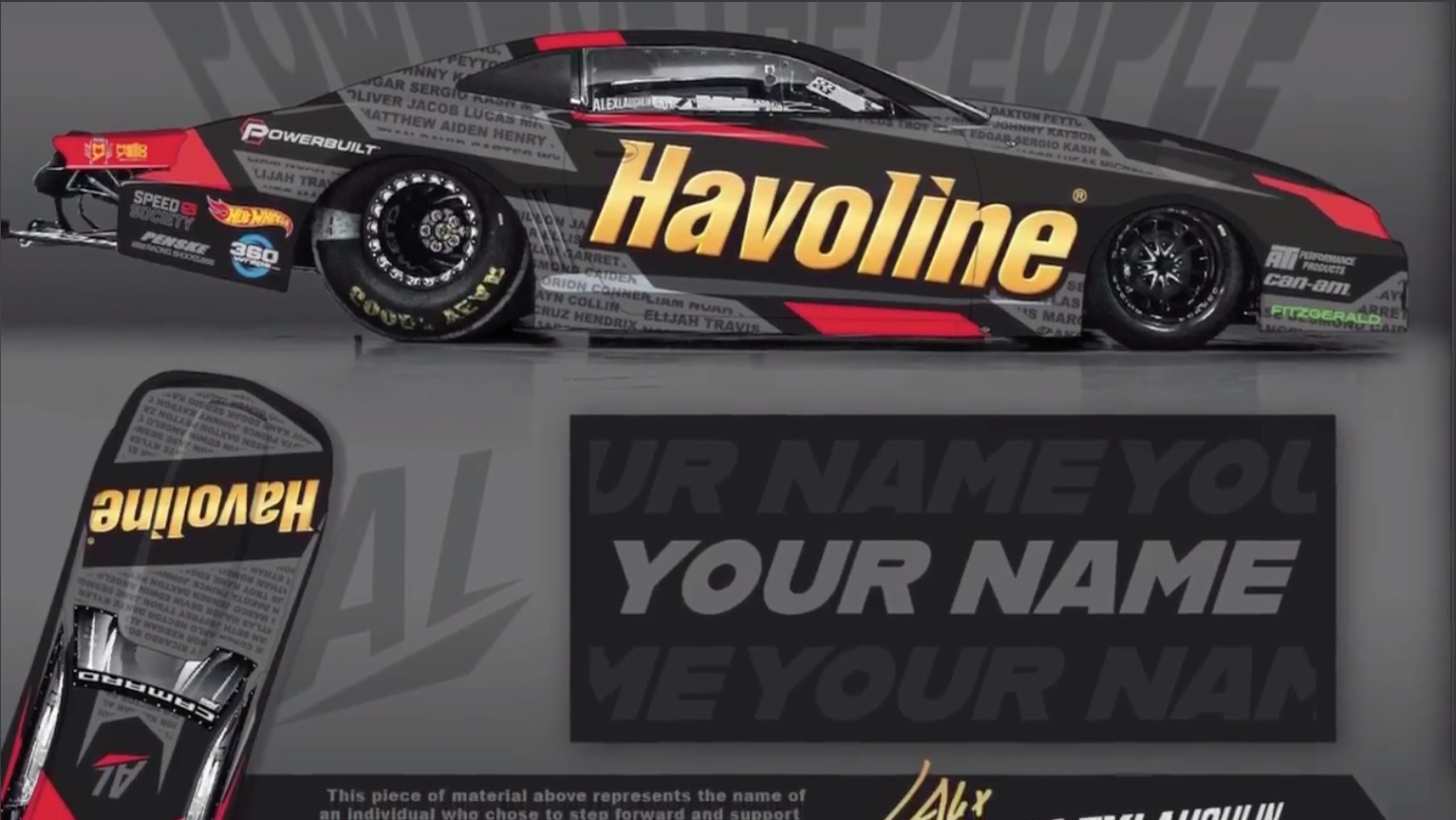 It’s no secret that COVID-19 is hitting and hitting hard. While I think many of us have braced ourselves for the consequences, not many predicted how wide the reach would eventually become.

With that, this reach has extended pretty deep into the racing community. As such, dollars are scarce to come by for everybody from business owners to track owners and even racing teams. As a direct result of the pandemic, both payouts for winners and sponsorship money have been harder to come by as well.

Now, this could be something that a racer could use as a reason to sit on the sidelines. However, as Alex Laughlin heads into the October 2-4 NHRA race at World Wide Technology Raceway in St. Louis, suddenly without a sponsor, he decided to get a bit creative.

With a promotion that he calls “Power of the People,” Laughlin is actually offering up quite a unique opportunity. Instead of one sponsor, he will open up 300 spots for fans who want to get their name on his car, enabling them to go home with a souvenir as well.

The $100 spot will include several things.

First on the list is a decal with each fan’s name on it that will be on Laughlin’s Pro Stock car. Following the race, the decal will be removed from the car and placed on a personalized poster with each individual fan’s name on it. The poster will be hand signed by Laughlin, meaning you’re not only getting a piece of the car but also an autograph of one of the hottest names in the sport right now.

Below, we get the full details on the situation, including how to get in on the action, along with getting a little bit of a sneak peek of the customized poster that fans will have the opportunity to add to their collection.