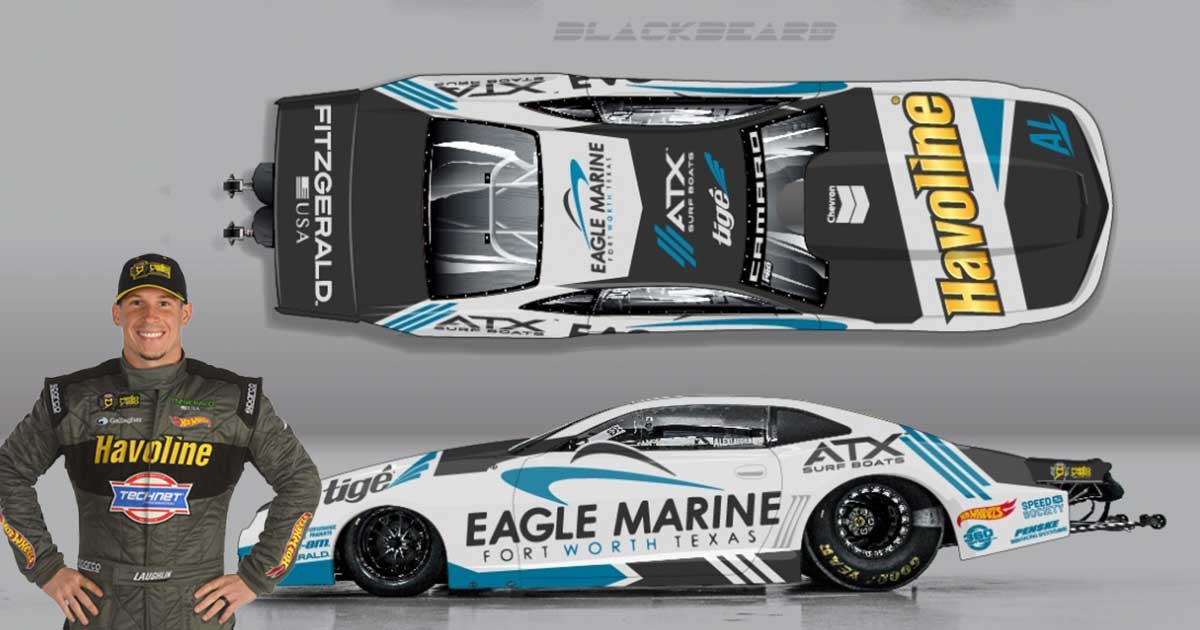 Alex Laughlin has been making a push toward the top, regardless of what 2020 has thrown at Laughlin and the NHRA so far. After a win at the NHRA Gatornationals, he has brought on a new sponsor for the NHRA FallNationals in Dallas.

Eagle Marine, a boat dealership out of Fort Worth, will be loud and proud aboard Alex’s Pro Stock car for the event.

Laughlin and Eagle Marine go back quite a ways. Laughlin says “I bought a Tige boat back in 2017 from Eagle Marine. This was a destined partnership because Darryl (Eagle Marine’s owner) is a big drag racing fan and very familiar with Pro Stock.”

Eagle Marine is the exclusive dealer for Tige Boats in the Dallas-Fort Worth area. One of the boats will be on display on the midway for the fans who are able to make it out to the event on October 16-18.

Laughlin continued, “Then, the folks at Tige reached out and asked if I’d be interested in being part of the new catalog photoshoot. From there, I twisted their arm into primary sponsorship for the Charlotte race in 2017.” He commented on the fact that they not only have become good partners but friends as well. Laughlin said that the partnership is “Truly special” and he believes that it will last beyond business. Working with a brand that you believe in is paramount for creating the best synergy possible.

Laughlin hopes to add to his four total victories in the class and add another Wally to the shelf when he heads to his home track later this month. He commented that “It will be a short trip home for the Wally.”

We’re digging the confidence heading into the event. If there’s anyone who has the ability to back it up, we would definitely buy some stock in Laughlin.