If there’s one thing that we think most people should know about drag racing ...

If there’s one thing that we think most people should know about drag racing connoisseur, Alex Laughlin, it’s that he won’t back down from a challenge. Most of the time, this challenge will come between the walls on the drag strip. No matter who’s in the next lane over or what the format, Alex is ready to step up to the plate and knock it out of the park. He’s shown this on all sorts of different stages from Pro Stock to no prep among others.

However, that’s not where his willingness to compete for ends.

As we have seen before, he’s even gotten competitive in the culinary side of things. Previously, we saw him take on the challenge of eating the hottest chip in the world. This isn’t something that a lot of people are going to be willing to try. From scanning videos across the internet, one might notice that people have complete breakdowns when taking on the Hot Chip Challenge.

Alex took it on with a full head of steam, though.

In this one, we find Laughlin taking on yet another obscure challenge. The subject of discussion here is none other than the world’s hottest gummy bear. On the surface, a gummy bear might be disarming. After all, we’re used to them being a sweet treat filled with sugar.

In this one, though, things take just a little bit of a plot twist. Instead of a sweet treat, these gummies have been designed to punish. When they said “the hottest gummy in the world,” it certainly doesn’t look like they were kidding.

The guys who make the gummy known “Lil’ Nitro” say it “Has been infused with [their] signature 9 million Scoville unit chili extract making him 900x hotter than a jalapeno pepper.”

In the words of Alex, “I definitely didn’t think this such a little bear could be so hurtful.”

By following along with the video below, we get to catch up with the challenge for ourselves. After watching this one, would you be willing to do what it takes to down this super hot treat? It certainly requires a little bit of a wild side. 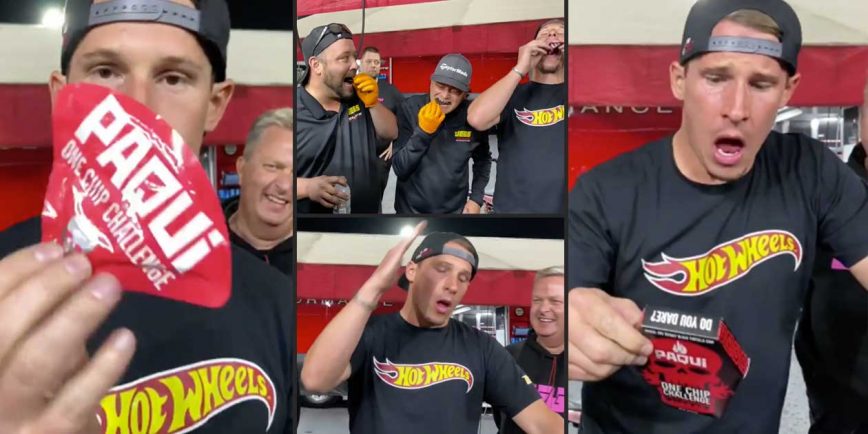