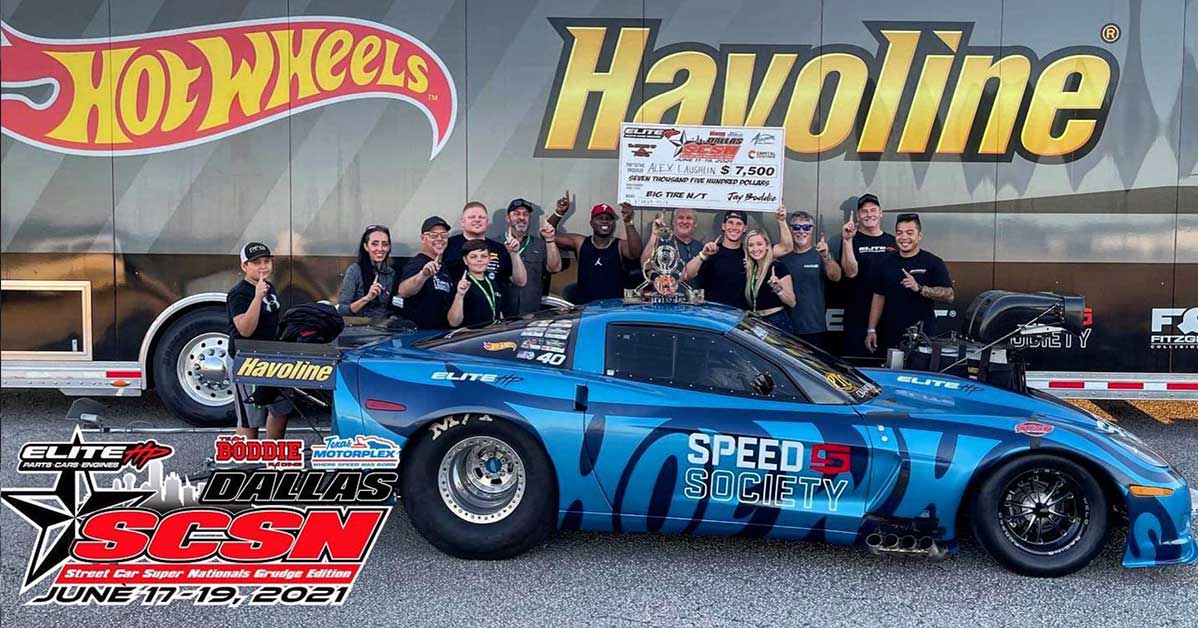 Alex Laughlin has been a man of many trophies over his illustrious racing carreer. This time, he has added yet another to the resume as he has knocked home a victory in the Big Tire class a the 2021 Street Car Super Nationals at the Texas Motorplex.

The competition would prove to be stout but nobody could manage to stop Laughlin in the Speed Society Chevrolet Corvette from blasting its way all the way to the finals. When we say “Blasting” we mean it, too, as the blown Corvette is about as loud and rowdy as they come. Laughlin isn’t afraid to put on a show out there while he’s illuminating the win light.

In the final round, Laughlin would line up with Dan Myers and yet again go home victorious for one final time to put this race in the record books.

Laughlin recapped his feelings about the event on Instagram where he points out that this is his first victory so far in 2021.

He also pointed out that this particular event that went down on Father’s Day was the four-year anniversary of his first win in Pro Stock at Bristol. While Laughlin says that his dad “holds down the fort at home” and doesn’t travel with the team, dad was able to be in attendance for this one which mad it extra special.

Down in the video below, thanks to HidalgoFilms, we’re able to sit trackside and watch the big tire race unfold. It’s truly a race of who is the most consistent as it is a race of who’s the fastest. One without the other simply wouldn’t do as any racer would be willing to tell you.