Alex Laughlin Powers His Way to a Huge Win in Gainesville 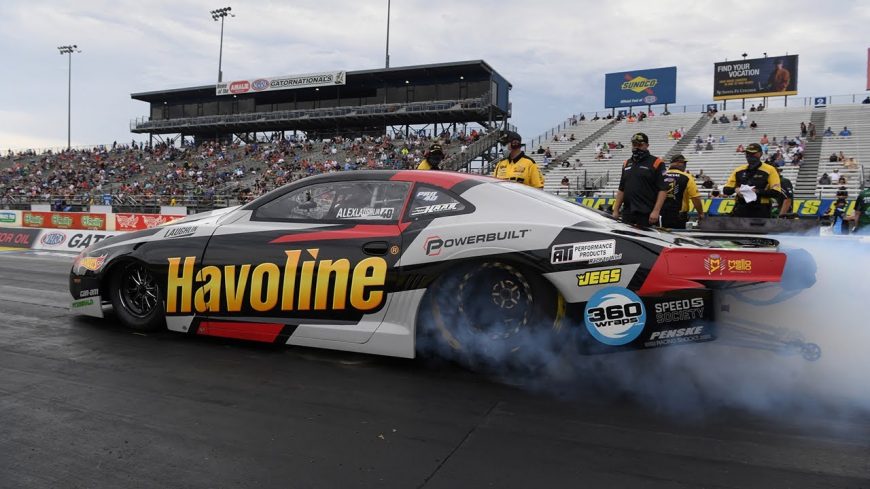 2020 has been an up and down season for just about everyone in drag racing. This comes in everything from struggling to bring in new sponsors or keep old ones to performing on the track and staying prepared for a revised race schedule in a shifting series.

With the volatile nature of racing in the current era, all racers have been on a wild ride. It has been a hectic year with all the changes going on to the schedule. Teams who would normally have been racing in Florida in the Spring are now racing there at the beginning of fall. It might seem minor to fans. However, being in the thick of things, it can prove to be a hurdle to hop out of one rhythm and into a new one.

When push came to shove, none managed the ride better than Alex Laughlin and his Elite Motorsports team in 2019. Alex hasn’t found a ton of success in 2020 like he did in 2019, but he’s battled his way back and finally found the winner’s circle again. He showed up to Gainesville with an entirely new crew and battled to a 4th place qualifying effort. From there, he would proceed to take down everyone who stood in his way en route to his first win at the famed Gatornationals, one of the biggest events in the sport.

Laughlin took down Kenny Delco in the first round and would have likely met teammate, and legend of the sport, Jeg Coughlin Jr in the second round. However, an aborted run eliminated Coughlin and set Laughlin up to face Kyle Koretzky who he took down in round number 2. This would send him into a semi-final pairing with the number 1 qualifier, Deric Kramer. It was here that Laughlin would win on a holeshot by a slim margin with Kramer having a quicker ET and faster MPH. Laughlin really did his job on the tree which set him up for a final-round pairing with Aaron Stanfield where Alex drilled the tree once again with a .012 reaction time and never looked back.