Alex Laughlin’s Procharged No Prep Car Makes All the Power 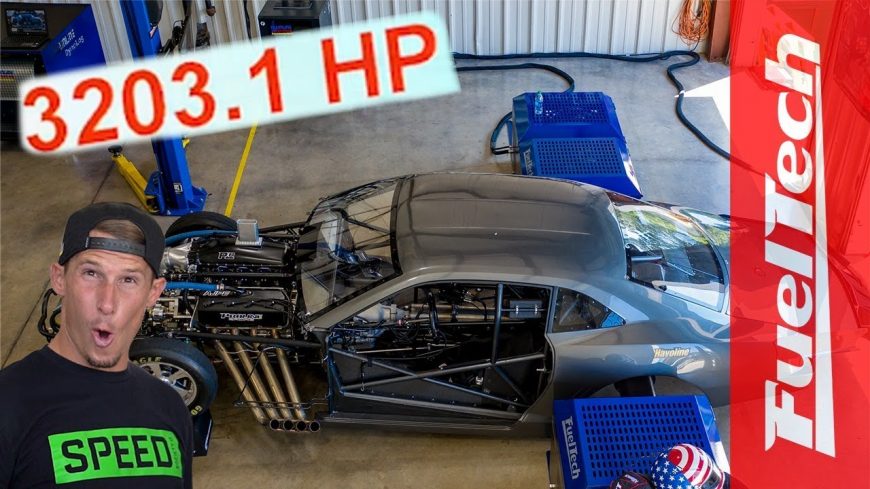 Speed Society’s own, Alex Laughlin, has made quite the impact on the racing scene. Not only has he been seen competing in Pro Stock, Pro Mod, and Radial vs the World but he is now taking on the world of no prep. Alex has been competitive in almost all corners of his racing career so far and fans can expect that to start expanding very soon.

This success includes a win in Radial vs the World at Lights out and a pair of Wallys in NHRA Pro Stock. These highlights come in the midst of an otherwise impressive resume.

What more could one ask for? Very soon, Alex is getting ready to make the jump into the no prep scene as well. In order to do that, he has unveiled an all-new car that is already making waves in the community.

This time, we get to see what his no prep machine is really made of. Let’s just say that Alex has taken this platform and run with it. As we see here, the Chevrolet Camaro has been under the knife and the final touches have been added. It’s time to put it on the dyno and see what the car can really do.

The car is throwing haymakers via a 548 ci ProLine Hemi as accompanied by a gear-driven F-3R ProCharger. All of this is controlled by a FuelTech that has tunability that Alex describes as “unbelievable.”

When all the dust has settled, we have one heck of a combo that absolutely screams. The power numbers are in the video below and you just need to see them to believe them.

Sources say that no prep promoters are reaching out and the car is going to come on the scene with a bang later this year. Be on the lookout for this car to make quite the impact at a track near you soon! Stay tuned to Speed Society for the latest on Laughlin and his journey into the world of no prep.

« How the Cops Check If You Are Wearing Your Seat Belt