Always look both ways before crossing the road! 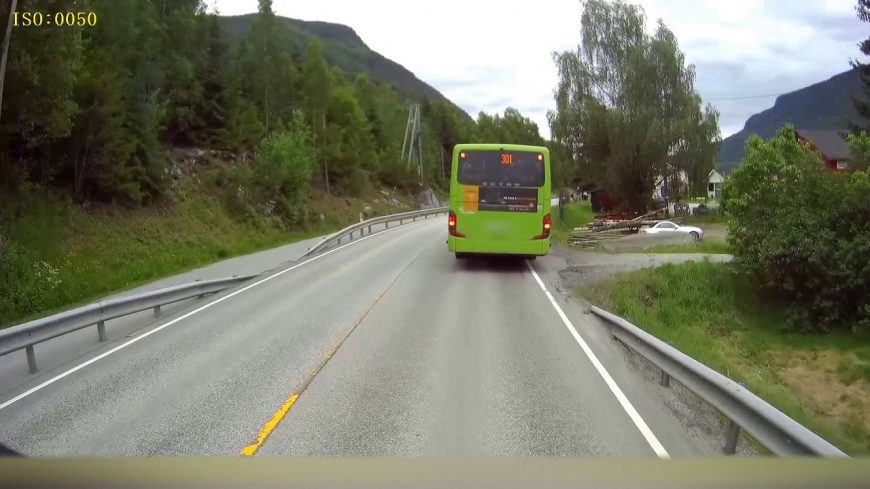 If you’ve ever wondered about just how necessary it is to look both ways before you cross the street, allow us to introduce you to a situation where not doing so almost ended with a fatal consequence. This video shows you exactly why school buses here in the United States have built-in lights to tell other drivers on the road to slow it down and come to a stop when they’re illuminated, allowing children to safely make it to their destination because, as absolutely terrifying as it is to even think about, this child almost didn’t.

In this one, we watch as a couple of children get off of a bus as they’re being recorded from the constantly rolling dash camera of the truck following behind. As the kids get off of the bus and start on their way across the street, an oncoming truck has no possible way to see them as the bus is completely blocking the driver’s vision. The other driver involved behind the situation lays onto his horn, hoping that either the kids or the driver of the oncoming truck notices that a dangerous situation is about to unfold and reacts accordingly, however, it isn’t until later that one of the kids crossing the street picks up on the fact that he’s in a bad spot.

Watch below as the youngster notices the truck and scurries away from it as fast as he possibly can, coming mere feet from being plowed over by the big rig. After watching this one, we were able to breathe a huge sigh of relief because this situation almost got nasty. Honestly, until now, we can’t say that we ever appreciated the lights on a school bus so much. You can see that, in a situation like this, kids aren’t always thinking clearly as their minds have not been developed yet to pick up on these kinds of dangers. We’ll just chalk this one up in the “good luck” category and attribute it to being a learning experience.