Amazed with Dan Bilzerian Before? Wait Until You See His New House (+2018 Net Worth)

Amazed with Dan Bilzerian Before? Wait Until You See His New House (+2018 Net Worth)

If you talked to Dan Bilzerian about his financial success, you might hear a little ...

If you talked to Dan Bilzerian about his financial success, you might hear a little bit about how he earned a decent chunk of money playing poker and then, would go on to become a social media icon, taking that chunk of change that he put together and blowing it completely out of the water, giving himself all of the fame and attention that one could ever need to leverage to bring in ridiculous sums of cash. With his amassed wealth that’s estimated at north of $110 Million, you would think that he’d be able to buy quite the pad but, as it turns out, this isn’t just any celebrity house but instead, as you probably expect from his Instagram posts that never have a shortage of excess, one that really goes above and beyond, even in the eyes of the wealthy.

As you take a tour of the house, you can see that this place really has a little bit of everything and then some. Not only does whoever designed this one go above and beyond in making sure that every last amenity is right at the fingertips of anyone who steps foot on the property but also, it would appear as if they used pretty much only the best of the best when it comes to the way that everything is put together, including the garage that’s complete with vehicle turntables!

If you follow along down in the video below, you’ll get the complete guided tour of Bilzerian’s new mansion. You better make sure that you have a couple of minutes because this tour is going to take quite a while with all of that real estate to cover. With each and every turn that you take within this mansion, you never know what’s going to come up next. It seems like with every second of the video that goes by, another surprise pops up and shows you that money can really buy you a heck of a  lot.

Dan Bilzerians Las Vegas Home Is Utterly Insane... What is in the Garage Though? 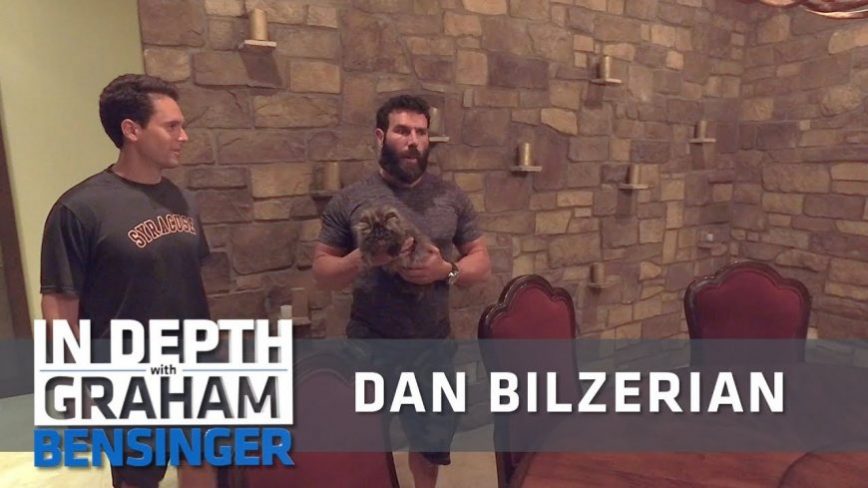