AMAZING F-22 In Air Re-Fueling! This Is IMPRESSIVE! 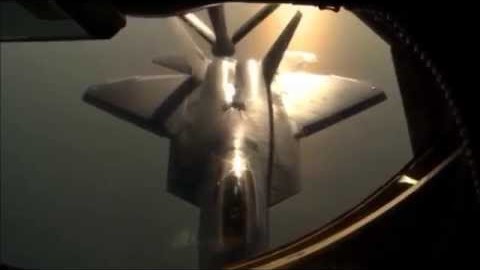 AMAZING F-22 In Air Re-Fueling! This Is IMPRESSIVE!

If you’ve never seen a jet refuel before then you’re missing out! As the heat of the moment generally won’t allow these speedy fighters to touch down, the whole operation must be done while suspended in midair!

It’s astounding to see the U.S. Air Force F-22 Raptor stealth jets come right up the the fuel plane and be able to fly with such precision as the spout is inserted into the jet’s fuel tank without missing a beat!

Check out the video below as cameras capture the high intensity fill-up that goes down during an air strike mission on Enemy targets. One false move and earth is only a short tumble away!

This time it’s an F-16 and the precision will amaze you!