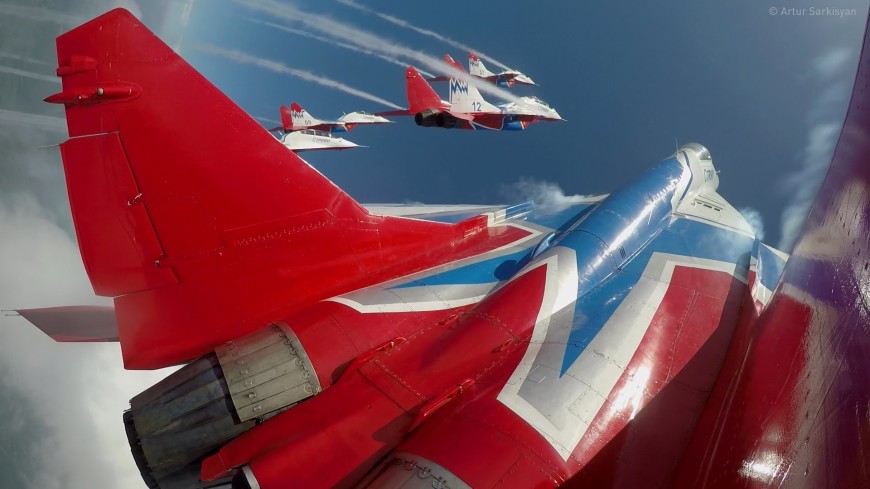 Thanks to mountable action cameras like the GoPro, we’re now able to ride along with just about anybody in the world and go for a ride from the safe vantage point behind a computer screen.

This time, a GoPro is taken along for an extreme time as a group of fighter jets head up into the air for some insane synchronized flying far above the ground.

We’re told that the max flight speed reaches 1000mph and the planes are able to pull 6gs of acceleration. In short, this is something truly incredible to experience.

Check out the experience of a lifetime from a first person perspective that will give you an all new appreciation for action cameras! What do you think of this insane stunt session?

Check out one of the ultimate billionaire toys below – Donald Trump’s 757 jet!