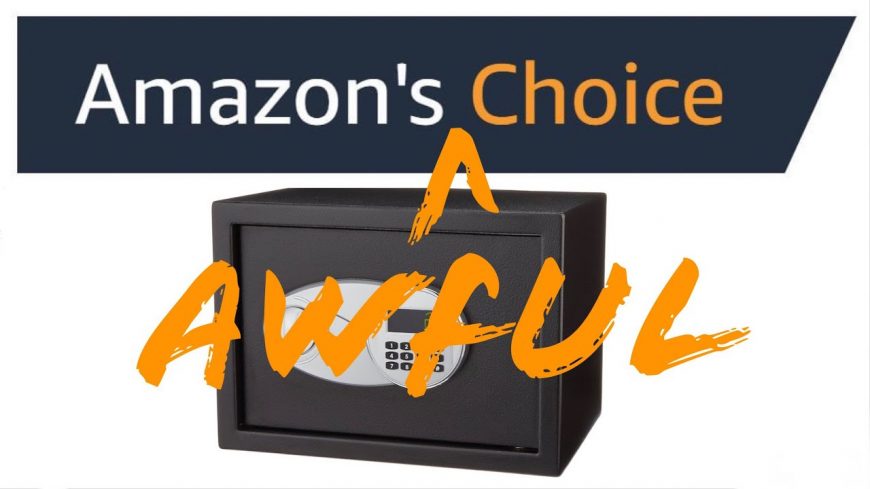 Amazon has definitely become a treasure trove for all sorts of everyday items. With their delivery speed and competitive prices, buying everything from bedsheets to kitchen essentials can be a breeze with a single click on Amazon.

Even if you’re looking for something that’s a little bit more obscure, there’s probably a pretty good chance that a seller on Amazon has it available. I know that personally, I have definitely found some pretty niche items that were delivered to my front doorstep, sometimes even within the same 24 hours.

One section that we find an Amazon is that of locks and safes. There are certainly a lot of options here, including at least one option that Amazon has labeled as its own.

As the owner of several Amazon Basics items, I could say that they generally tend to be a pretty good value item. However, going for the value in a safe to protect valuables definitely doesn’t seem to be something that one YouTube lock and safe professional has much confidence in.

In fact, our host, LockPickingLawyer, says that the AmazonBasics safe which also qualifies for “Amazon’s Choice,” as the best buy in the category qualifies for our host’s “The worst of the worst.”

The entire premise of this channel is that our host attempts to break into all sorts of different locks and safes to test out just how reliable they are at providing protection. However, with this particular example, he tells us that the safe can be cracked using a tool that you can also buy on Amazon. In other words, the safe that can be cracked open in just a couple of seconds doesn’t seem like one that I would personally buy if I was looking for protection.

Down in the video below, we check in with one of what our host says are three different design flaws that make this particular unit a pretty bad choice, in his opinion. After watching it cracked open in just a couple of seconds, we would probably take a look at some of the other options out there.

« Driveway Sealcoating is a New Level of Oddly Satisfying.