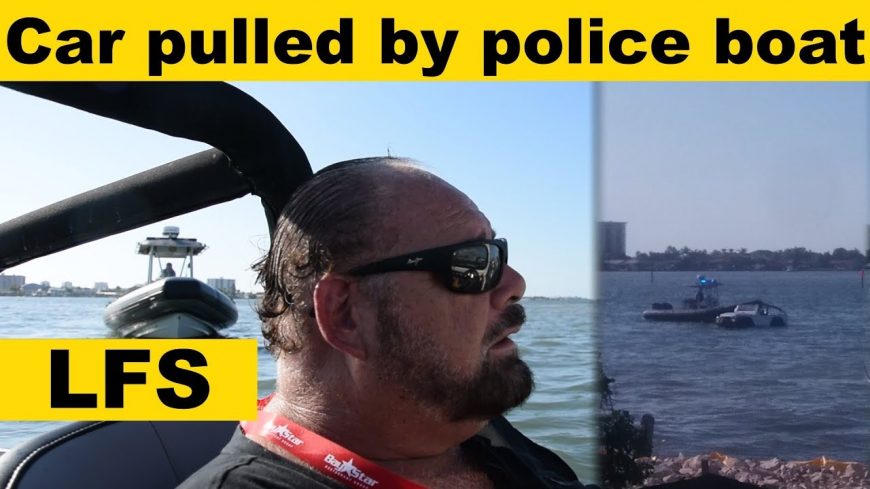 Out there in the world of creative minds, there are all sorts of different concoctions just waiting to be appreciated. Sometimes, people think outside the box and really come up with creations that blow our minds. This time, we check out an amphibious Jeep that falls right into that category. No matter where this thing goes, it’s bound to turn heads. In turn, it also acts as an effective way to get around on both land and sea. Long story short, the Jeep is nothing short of awesome.

This time, though, it just so it turns out that the amphibious machine might have turned the wrong heads. Instead of drawing attention from onlookers that were other civilians, it drew attention from law enforcement. As it turns out, the Jeep went out for a little bit of testing and might’ve gotten involved in a “wrong place at the wrong time” kind of situation.

This might’ve been the only time that the police ended up pulling over a vehicle in the water where they conducted the stop after it drove on to dry land under its own power. However, because the Jeep sat a little bit too low, it couldn’t be tied up to the police boat. This made things a little bit difficult. At the end of the day, though, it seemed like cooperation ended up making this whole instance go by rather smoothly.

By following along with the video below, we’re able to catch up with the situation that might’ve got a little bit sketchy. I guess that when it all came down to it, it didn’t really matter what type of vessel it was. Speeding in the wrong areas is going to end up getting the operator in a little bit of trouble. However, seeing the reaction from law enforcement really made this one little bit more interesting.