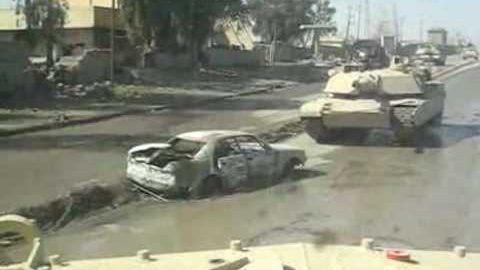 When over at war, it’s important to have reliable machines that can get the job at hand done and it looks like the M1 Abrams tank qualifies for that set of criteria quite nicely in this clip.

We tune in as the US Abrams rolls right over a car that turns out to be an IED. For anything else, this probably would have been an issue but the Abrams takes it and keeps on rolling.

Seriously, the only thing that I could think of was how incredibly badass this machine is that it’s able to take a hit like that and just keep on trucking along like nothing ever happened. This is pretty much the definition of a boss.

Check out the video below as the tank does quite a job handling the explosive and nobody gets hurt in the process. We think that’s pretty incredible if you ask us!