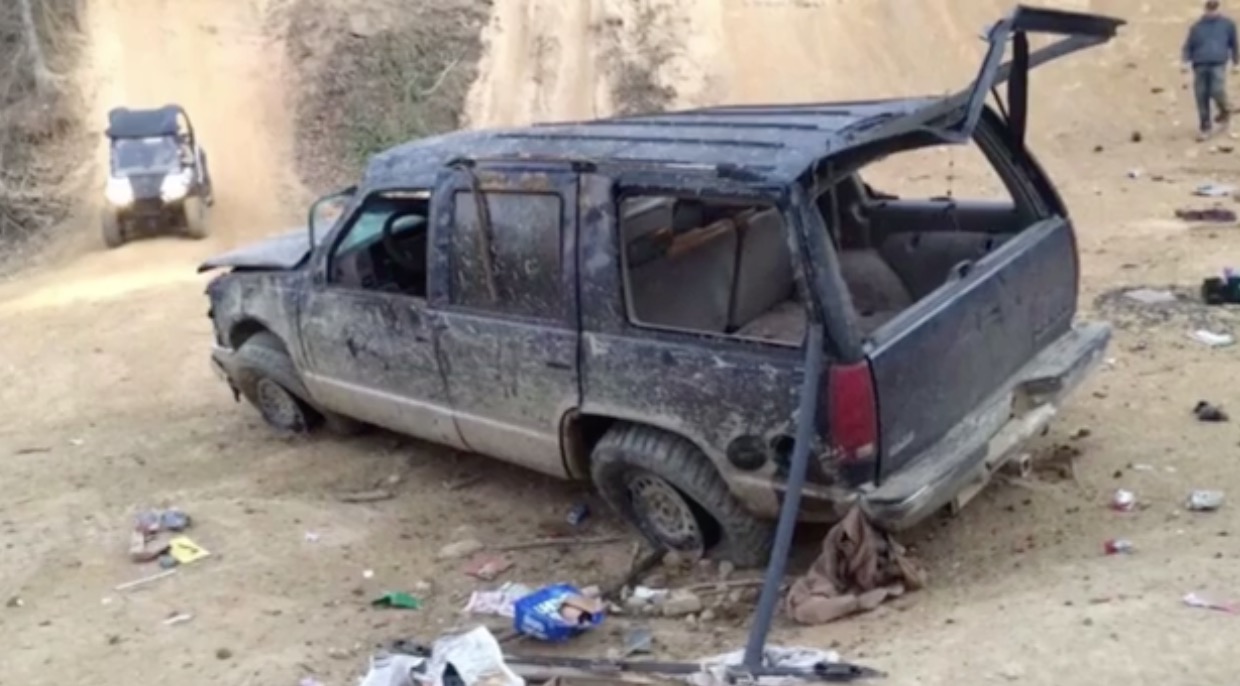 Sometimes, even if you have a stock vehicle, you might want to get in on the action, seeing what this world of off-roading has to offer. This time, It just so turns out that the owner of an older stock appearing Chevrolet Tahoe finds out that maybe off-roading isn’t their cup of tea. In addition, they might have gotten a little bit of schooling on exactly why people decide to modify their vehicles in the first place as this driver takes on an obstacle that might have just been a little bit too tall to conquer and ends up making one false move that makes the driver regret this decision.

In this one, we watch as the older Chevrolet begins to tackle this hillclimb, going at it with a vengeance, taking one look at the nearly vertical climb before shrugging it off and going after it anyway. As the machine makes its way further and further up the climb, it seems like the driver laid into the throttle as much as possible, really pushing their way up the hill as the vehicle would make its way up. However, it seems like when it got near the top, the Tahoe would simply run out of juice with the driver keeping their foot pinned on the floor to no avail. As the truck would run out of steam, the driver would attempt to take it sideways and this is where all the bad things unfolded.

If you follow along video below, you can see all of the carnage and more as the SUV would eventually get sideways to the point where we’ll begin to roll over and given that it started this roll at the top of the hill, it certainly was no small feat as the SUV would keep on tumbling until it would come to a rest at the bottom of the hill. One thing is for certain, that one bump that’s not going to feel good in the morning, that’s for sure!