Angry Driver Drags Protesters Who Are Blocking a Busy Highway 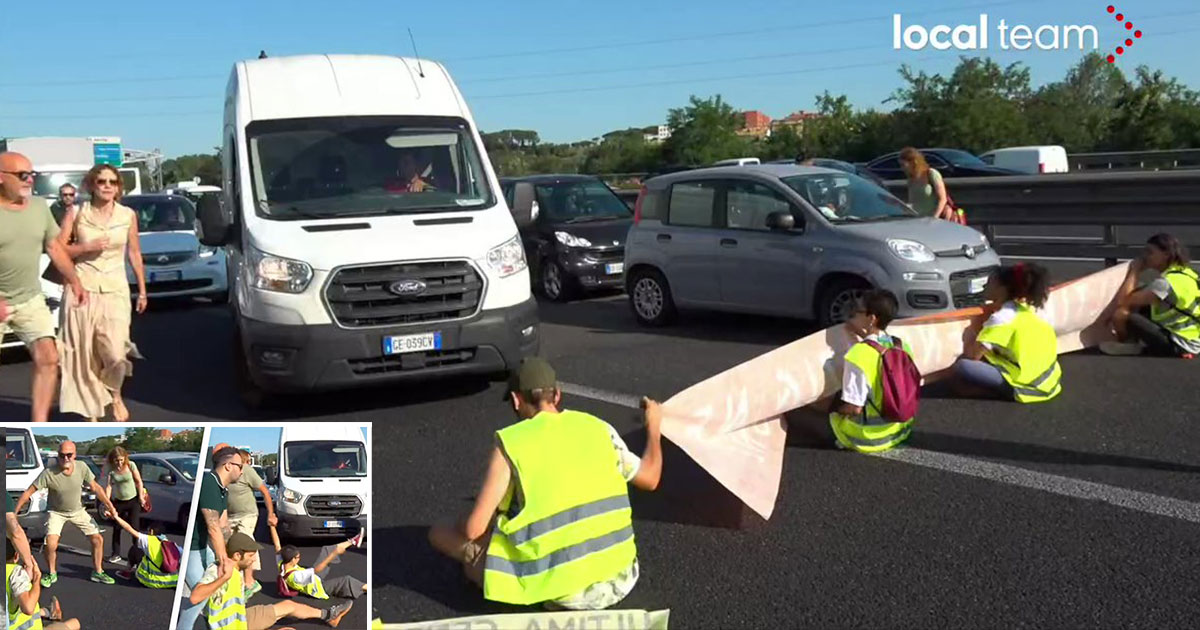 It’s really hard to say if blocking traffic has ever been an effective demonstration tactic. However, time and time again, we find that activists are willing to put themselves in harm’s way all the name of whatever cause it is that they are promoting. Not only that, but they also endanger motorists and other pedestrians by creating chaotic situations on busy highways.

In this particular case, we check in with a video that is said to have come from Rome. According to skynews.au, these environmental activists demonstrating in the middle of a highway are a part of a group called Last Generation group, which is supported by the Extinction Rebellion.

In order to support their cause, they threw on high visibility vests and headed to a highway to stop traffic and hold up a couple of signs. However, I don’t think that it ended up going how these protesters were planning as angry motorists got out of their cars and took matters into their own hands.

The video showed several individuals hopping to action, grabbing the protesters’ signs and eventually even the protestors themselves. The motorists moved the protesters by their shoulders and in one case, a girl’s hair, removing them from the highway.

From what we have been told, the organization was calling for an end to all fuel extraction projects and pushing so that Italy does not restart its coal plants. Instead, the organization would like for the country to prioritize wind and solar options instead.

Down in the video below, we find the video of these motorists who have simply had enough of this sort of thing.

If you saw something like this blocking your path, how do you think that you would handle it? This is a question that we run into every single time that we see a protest blocking a busy road in such a dangerous way like this.