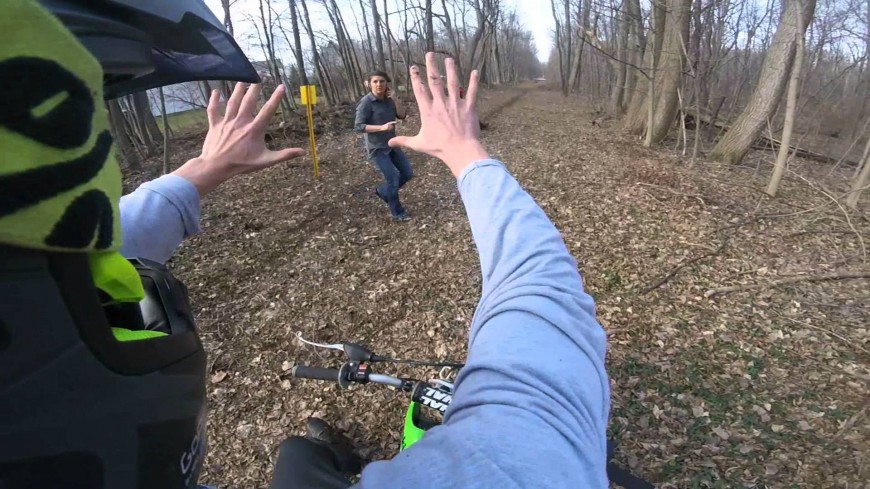 We’re not saying that we condone trespassing, but this video is simply too funny to pass up as these dirtbike riders troll their way out of a sticky confrontation.

We ride along as these guys are blasting down a trail that we later learn is apparently private property. Now, this lady has every right to be mad, but her thinking is a bit off base if she thinks that these guys are going to hang around to see what she wants.

We watch as the riders get rolled up on by the property owner who is threatening to call the police, at which point the riders act like they’re deaf, waving their hands around to indicate that they can’t hear her before speeding off.

Check out the video below as the woman tries and fails at stopping them by throwing her body in the way of a moving bike. We’re no doctors, but we’d guess that isn’t the smartest move.

HOW TO PUT A SMILE ON A KID’S FACE – GUYS LETS A KID REV UP HIS BIKE!