Every once in awhile, we come across a story that we simply can’t resist but ...

Every once in awhile, we come across a story that we simply can’t resist but dig into and share. One thing that we can definitely say about the internet is that it has brought about a lot of good in the world. While our newsfeeds seem to be cluttered with all sorts of negativity, sometimes, stories stand out in a positive light that shows us the amazing things that people can accomplish.

One of those stories that are currently trending just so happens to be about a 12-year-old boy on the autism spectrum. Anthony Schmidt seems to have a passion for collecting and photographing model cars. The way that he takes his pictures makes the cars seem as if they were real.

These photos would start off with simple nature. However, before long, Schmidt would find himself setting them up in very elaborate scenes. With the help of mom’s iPhone, the pictures would get better and better. When shared on social media, they actually got a rather popular following. Thousands of people would tune in as they had been inspired by Anthony’s work. Even though he faces tough challenges in life, Anthony has been able to create some amazing art.

Anthony became so entrenched in his work that he even decided that he wanted to publish his own photography book. Having a published book is something that not many can say that they’ve done in their lives. It does look like Anthony is well on his way to just that goal, though.

By starting a Kickstarter, Anthony and his family would look to raise $20,000 for the project. However, as the story quickly had grown and become viral, they would easily double that. The good news is that the campaign is still up if you’d like a book or other piece of memorabilia.

As with any Kickstarter campaign, we recommend doing your research before investing. However, if you would like to check it out, it can be found here. You can also find Anthony at the following links on Instagram and Facebook. 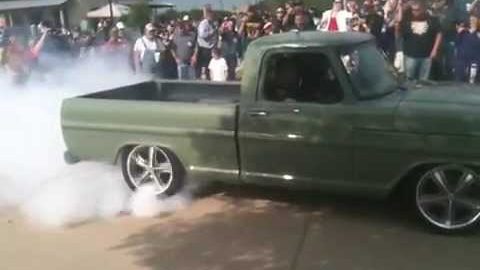