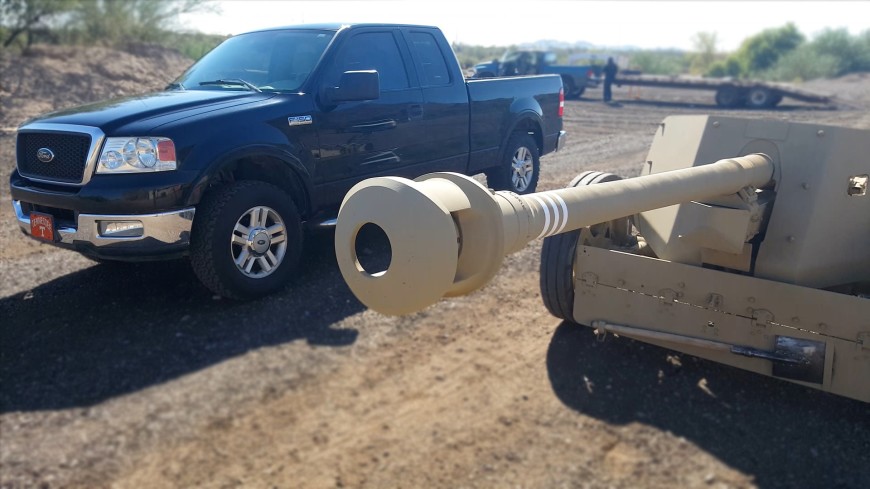 What costs $90,000, is really old, and can take down the likes of some of the most brutal tanks that the world has ever seen? It’s the Pak 40 and it’s ready for action!

Sure, this gun might have been used in World War II to take out tanks, but this time the 75mm anti-tank gun is being used for none other than a Ford F-150!

You would think that it would be quite the easy task for this large hunk of iron, but the Ford actually stands up to the shot a lot better than we thought that it would.

Check out the video of the action below and tell us what you think of this anti-tank weaponry going up against one of America’s most beloved trucks.