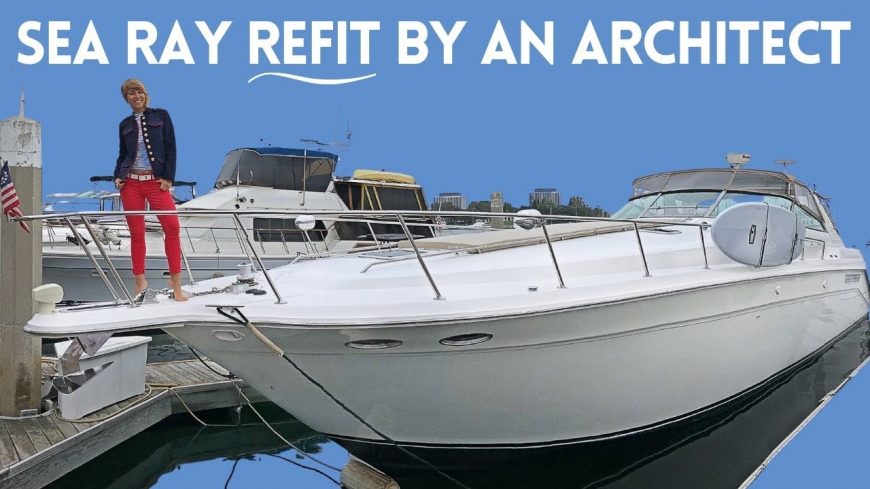 Just as we frequently see with cars that have been left to rot, boats are often left behind and forgotten about as well. Without someone there to pay close attention to the condition of the boat and keep it in tip-top shape, things can slide in a hurry. It doesn’t matter if the vessel originated as a budget boat or a top tier purchase. Mother nature seems to rule with a heavy fist when it comes to how these things can deteriorate over time in the weather.

This time, the vessel in question was probably pretty expensive back in its heyday. In 1994 the 50-foot Sea Ray Sundancer was definitely a premium vessel as Sea Ray is one of the leaders in this space. However, all of these years later, the vessel was left behind in disrepair. Not only were things disheveled but the mold was growing everywhere and the elements seem to have their way with the interior and exterior alike.

However, when a couple of ambitious architects got their hands on the vessel, they completely transformed it into something entirely new. Introduced to the platform, we find all sorts of materials and techniques that we don’t normally see on the water. From the outside, it might just look like a very clean 1994 Sea Ray. Inside, though, we find a completely revamped interior that takes on some bold new features for something that was a bit dated. In fact, upon walking inside of this $260,000 renovation, we would never know that this thing is quickly approaching 30 years old.

By following along with the video below, we get to get up close and personal with the results of what can happen when a little bit of hard work and know-how is applied to something that’s left behind forgotten about. Who knows, seeing something like this might even inspire a couple folks to take on their very own project!

« ’67 C10 Breathes New Life With a Complete Facelift – This Thing is AMAZING!