Are we in the Era Where an Electric Bike Can Take Out a Gas Powered Dirt Bike? 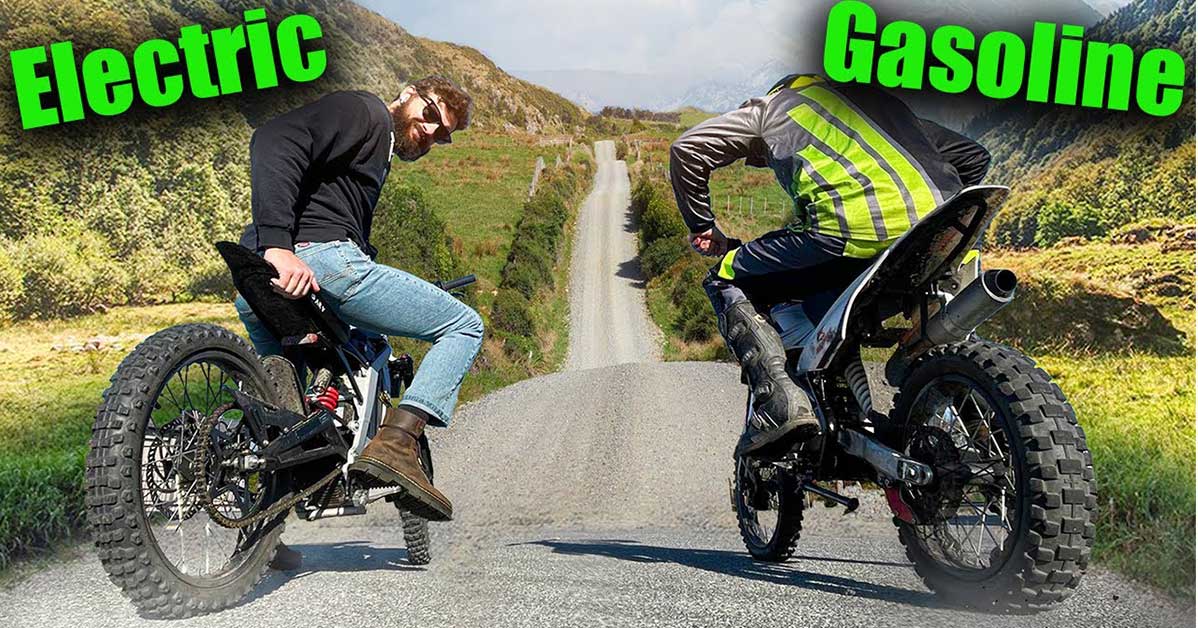 First, it was the electric car but now just about everything that we can imagine has been getting electrified treatment. We aren’t quite sure if this is the way of the future or just a fad but it seems like some early adopters are really jumping on board to see exactly where things go. Everything from boats to motorcycles has seemed to receive an electrified version and this time, we get to tune in with one of those machines.

When riding along on a dirt bike, it just seems like something that would be hard to picture with electric power. However, as we move toward the future, more and more brands are jumping on board. This time, we tune in with a comparison video that attempts to take us inside of the nuances of each.

At this point, I think that it’s safe to say that we relatively are relatively confident with knowing what exactly it is that we have in the combustion-powered community. However, as the EV becomes more and more popular, it’s going to be interesting to see which competitors are for real and which just need to stop pretending.

Down in the video below, we tune in with Bikes and Beards as we’re taken for a wild ride that compares gas to electric in the form of a dirt bike to see which one holds the crown for the time being. In one corner, we have the $3500 Segway Electric Dirt E-Bike, and in the other, we find a 155cc Pitster Pro Pit Bike.

Over the years, if electric sticks around, we’re sure that it’s only going to get better from here. However, in a combustion-powered community, we pretty much know what we have so it’ll be interesting to see how the comparisons stack up as time moves on.

« Exotic Car Falls From Car Carrier, Destroying Everything in its Path