Arnold Schwarzenegger Involved in Crash Where SUV Ends up on Prius 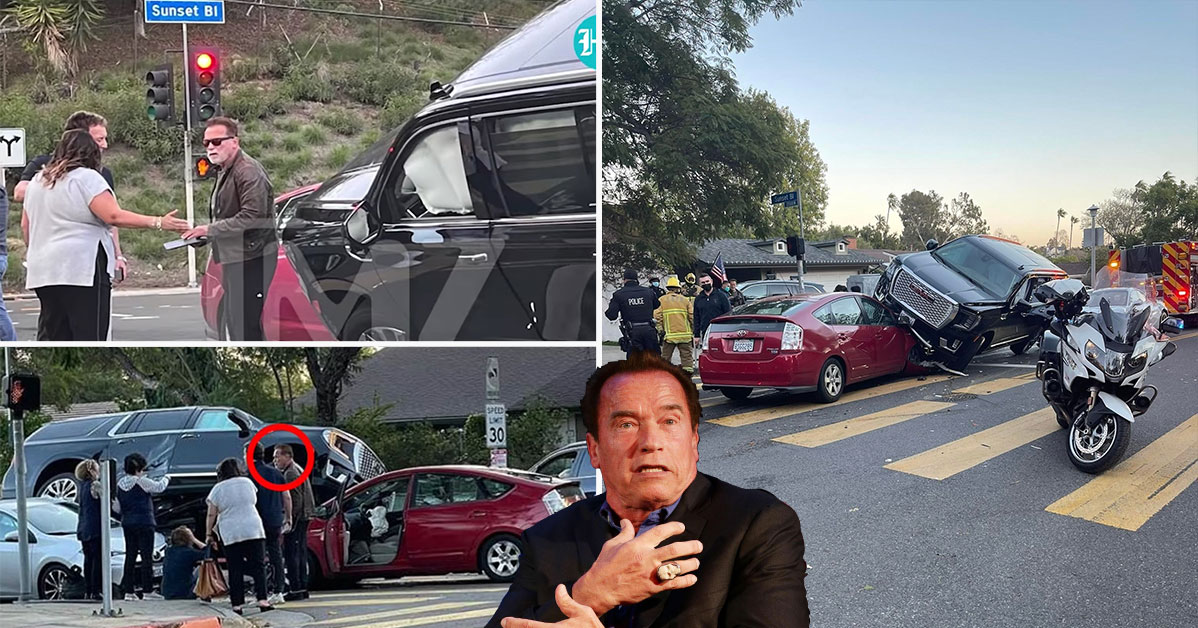 From what we know about Arnold Schwarzenegger, it seems like he’s bulletproof. I mean, after seeing Arnold in so many action films where he seems to be unaffected by all sorts of force, the human brain almost seems to trick itself into thinking that the man himself might also be bulletproof when it comes to real-life situations… or maybe it’s just me wanting to believe that.

However, even though he’s looking great at 74 years old, the “Terminator” is, in fact, a mere mortal, the same as you and I. This very fact would come to the forefront of our minds after a recent accident had fans of Schwarzenegger a little bit scared for his well-being as well as the well-being of others involved in this accident.

Recently, the former governor of California was involved in a car accident. The situation was said to have involved four vehicles. This accident would send Schwarzenegger’s black GMC Yukon into a multivehicle crash. Photos that went viral on social media showed the SUV sitting on top of a Toyota Prius. Now, when a heavyweight like that ends up meeting a Prius, we immediately fear for the worst. Fortunately, everybody did make it out alive even though one woman was said to have suffered a head abrasion as the result of the accident.

Schwarzenegger did escape the accident uninjured. Police did say that it didn’t appear as if any drugs or alcohol were involved in the crash. However, they didn’t release who was at fault in the situation. I think that the bright spot here is that everybody involved is going to be able to walk away.

The Governator has several projects on his radar. The next upcoming flick that we can expect to see him in is Kung Fury 2 which releases later this year. Credit TMZ

« Jay Leno Reacts to Electric Mustang Mach E (Will it Pass the Test?)