Obviously, a sport like Formula One is a sport that has some pretty high barriers to ...

Obviously, a sport like Formula One is a sport that has some pretty high barriers to entry. Even for those who find themselves be pretty wealthy, not just anyone can hop on board and wheel a Formula One car as it takes lots of money to put together a team, a proper car, and all sorts of other safety measures that are required by the governing body for you to be able to race. However, if you want a Formula One car made particularly for you, Aston Martin has come up with a solution for the high-end consumer should they want to find themselves behind the wheel of such machine.

By creating the Aston Martin Valkyrie AMR Pro, the company essentially took everything that they knew about performance in some of their current cars that barely made the cut for being street legal and kicked it up a notch, allowing anybody who has $3.2 million to get their hands on an F1 car of their very own. This thing is loaded up to the brim with just about everything that you’d expect in an all-out racing machine because, well, it is one! All of that can allow you to chase down speeds nearing 250 mph while whipping your way around the corners and pulling 3.3G. If that’s not pretty awesome for something available to the average consumer with a bundle of cash, I’m not really sure what is.

Follow along with the video below that takes us on a ride with Vehicle Virgins and gives us the inside details of what you can expect to see out of the Aston Martin Valkyrie AMR Pro. This machine is guaranteed to make the hair on the back of your neck stand at attention so listen in to the video below and be sure to tell us what you think of how this car comes to life and if it’s actually worth such a hefty price tag! 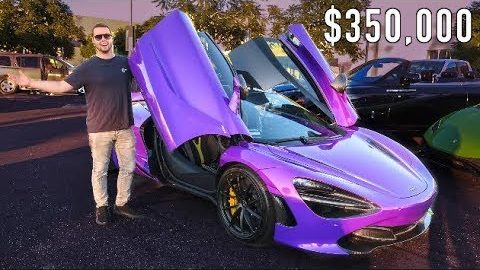