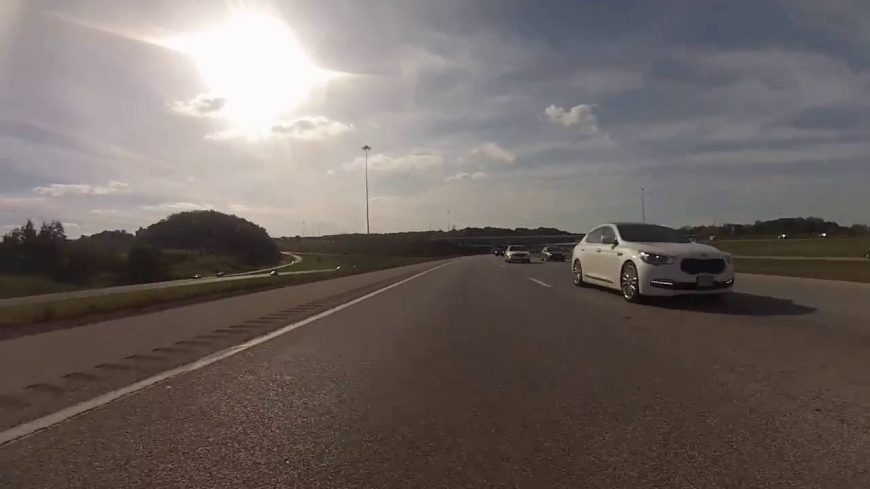 On the streets today, it’s tough to find many vehicles on four wheels that can keep up with the likes of some of these high-performance motorcycles that manufacturers are cranking out.

Most of the time, even cars that are modified for racing can prove to have difficulty keeping up with some of the bikes that have larger displacement engines onboard.

With that in mind, a Dodge Charger police cruiser doesn’t even have close to a snowball’s chance in hell of keeping up with the likes of a Kawasaki Ninja H2, one of the quicker bikes that you will come across cruising about on the streets, featuring a supercharger setup.

This time, the rider of the aforementioned Ninja H2 finds that he has a police cruiser on his tail and instead of slowing down to figure out what the officer is looking for, he decides to matt the throttle, weaving dangerously in and out of traffic to evade the law enforcement tail.

Watch the footage in the video below that shows a rear mounted camera facing backwards that shows the officer fading into the distance.