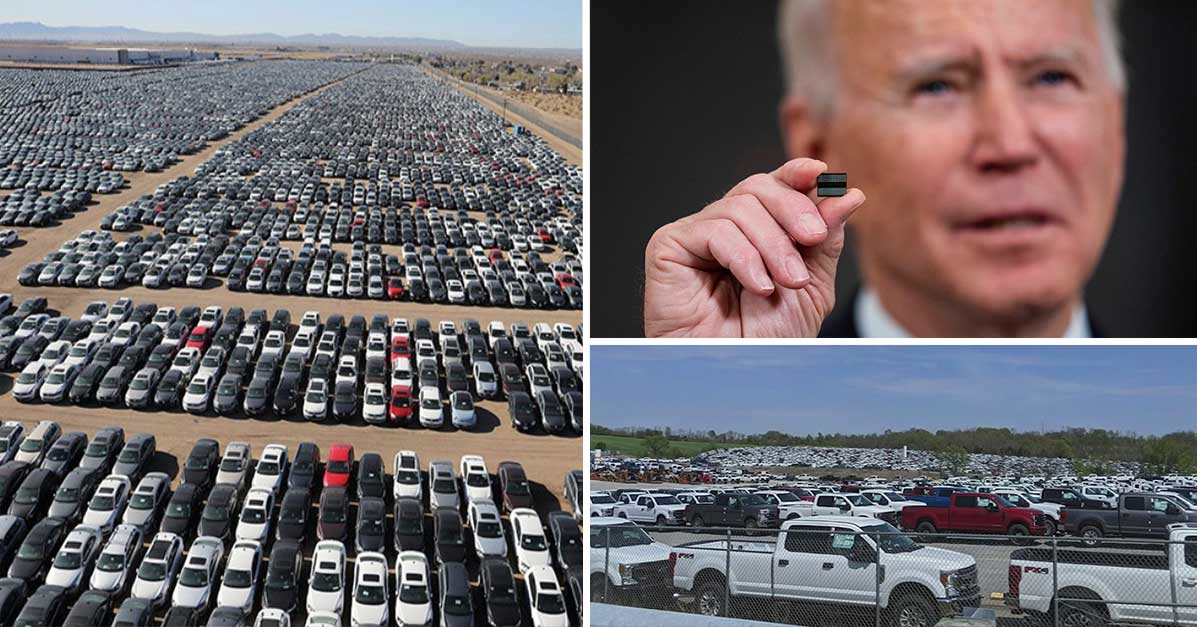 As if the pandemic wasn’t enough, several industries in America are having hard times with other parts of their supply chain. As far as the automotive industry goes, forced shutdowns during quarantine last year have really meant that the production of new vehicles has been limited. This has created a shortage for consumers and certainly impacted the bottom line for automakers as they can’t produce as many vehicles as they normally would.

Now that we have kind of figured out how to live with COVID-19 and get back to something resembling normal, manufacturing plants have opened back up. However, they are being hit time and time again with all sorts of different challenges.

Recently, we would see a shortage in rubber that most certainly had an impact on the cost to produce vehicles. The current situation that is now unfolding has America facing a shortage in semiconductors. So far, this shortage has caused both Ford and Stellantis (Jeep Cherokee and Chrysler minivans) to halt their efforts.

For those who aren’t familiar with what a semiconductor does, it basically helps to create a computer chip. These computer chips are used in vehicles to make just about every function happen. When you put your foot on the gas, a computer chip is telling the engine to create power. Without that chip, it’s not too hard to see how things might get a little bit complicated.

This shortage is said to have come from a variety of different inputs that have collided at exactly the wrong time. Primarily, we find the shortage due to an insane rise in demand. Not only does everybody being at home mean that more computers are being purchased. With different things emerging like cryptocurrency mining, we are watching investors wiping out computer chip supplies in a hurry as well. The trade war with China is also sad to be contributing to the shortage.

Down in the video below, ABC gives us the full rundown of how exactly these things might unfold in the coming months and how it could impact you.

« Government Warns “Do Not Fill Plastic Bags With Gasoline” in the Face of Gas Shortages, Tensions Are High