Autonomous Car Gets Pulled Over, Tries to Run From Police 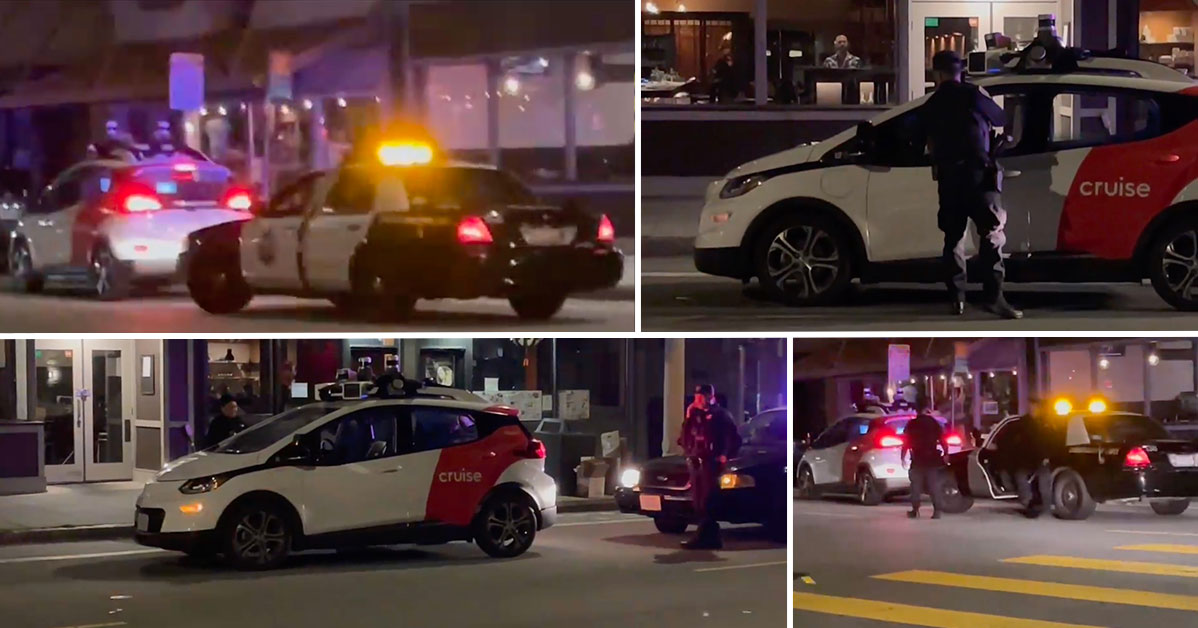 As far as the automotive industry goes, one of the latest waves of technological advancement is the concept of cars that can drive themselves. This seems to be a little bit of a polarizing idea as some seem to run away from the concept while others seem pretty comfortable with putting their lives in the hands of artificial intelligence.

In any case, it seems as if autonomous cars are here to stay and even if you don’t use them, you’re going to have to learn how to interact with them if you plan on making use of public roadways.

In this particular scenario, we head to the Bay Area to dig into an interesting question – what happens if a self-driving car gets pulled over by the police?

Well, in this particular situation, we get to see exactly how that scenario unfolds as the San Fransisco Police Department had quite an interesting run-in.

According to people in the comment section, a police officer attempted to pull over this “Cruise” autonomous vehicle at a red light because the vehicle didn’t have on its headlights at night. However, upon approaching the car, the officers would discover that there was nobody inside. It was at this point in time that the autonomous vehicle proceeded to continue through the intersection even though the police were investigating.

The car did end up stopping on the other side of the intersection where the confused-looking police officers would congregate to see if they might figure this one out.

According to Cruise, the company behind the self-driver, the car was simply pulling over to the nearest safe location which they say was the intended program when being pulled over. They also say that no citation was issued.

As Motor Trend points out, officers must call a specific phone number when they want to pull over a Cruise vehicle.

« Are Cordless Shop Vacs Any Good? Let’s Find Out!