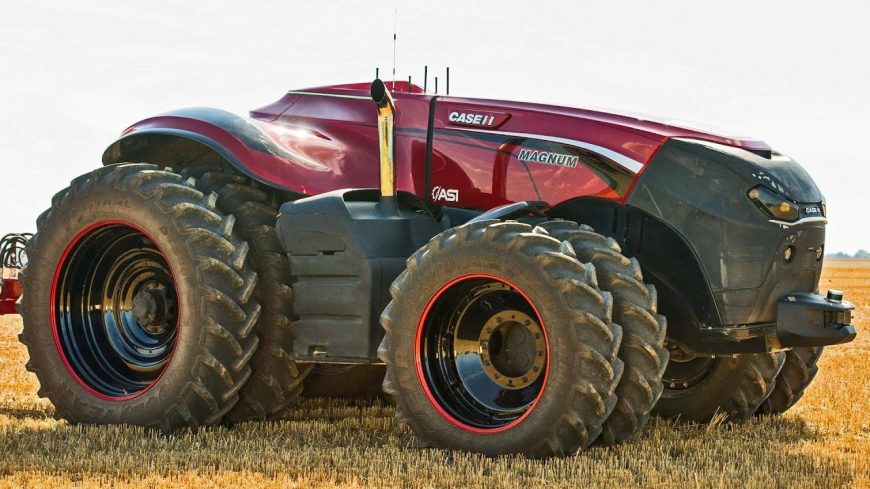 These days, it looks like one of the major focuses of technology is to get everything that requires human effort to move towards a more autonomous lifestyle so that people can redirect their energy and thoughts to things that they want to do or things that technology simply couldn’t step in and take over.

While, up until now, autonomous technology in wheeled machines mostly stuck around transportation and getting a person from point A to B without a driver, this time, we check out a more commercial application that seems to be really promising and scary at the same time.

With the latest and greatest in autonomous tractor technology, now, farmers will be able to link up their tractors to a computer or tablet and send them out to work by themselves, essentially meaning that they could now work on other things while tractors are plowing away during a 24-hour window of endless work. That’s right, labor around the clock can now happen without any actual labor at all. Imagine a computer stepping in and doing some of your daily routine while you’re sleeping!

It’s a really interesting concept to think about and it most definitely has its fair share of ups but also potentially some pitfalls that might arise. Check out the video below that will take you along for the ride to tell you what these things are all about and what you can expect to see from farm equipment that operates itself in the near future.

« A Cummins Diesel Rat Rod with a Transbrake? Yes Please!