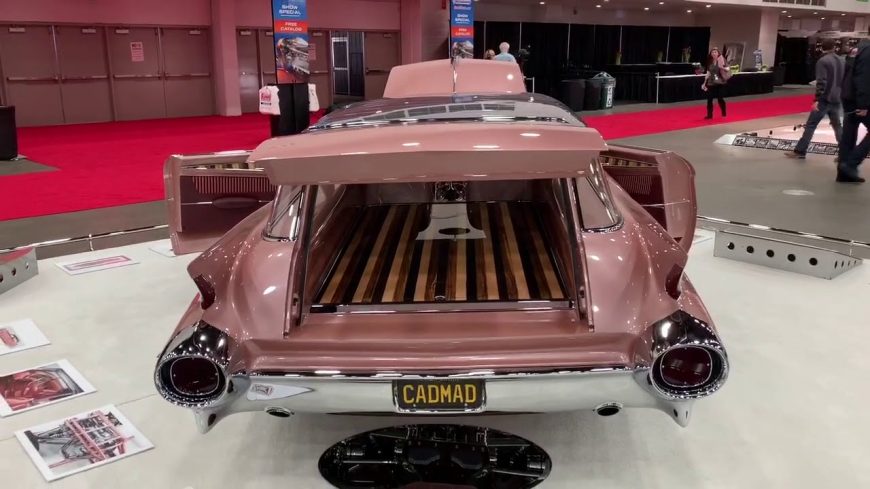 The Don Ridler Memorial Award, known throughout the custom hot rodding industry simply as “The Ridler Award” is the most prestigious award in the custom car building community. It is presented annually at the Detroit Autorama to the “Best in Show”, and has been won by famed designers Chip Foose, Troy Trepanier, and Bobby Alloway.

Cars built specifically for Ridler consideration are quite literally rolling works of art. The entrants, which annually number in the hundreds, are narrowed down to the Great 8, each of which I can personally assure you would win any show it entered, Autorama notwithstanding. These cars often take several years to build and costs sometimes reach 7 digits, which seems like overkill for an award that comes with nothing more than a trophy, but winning the Ridler alone, as a car builder, automatically sends your value through the roof. Any builder with a Ridler on his trophy shelf can quite literally demand any amount of money from potential customers, and if they want their car to be of Ridler-level quality, they’ll pay it.

This year’s winner may very well take the record for the longest-running and most expensive Ridler journey, though. Stephen Barton starting building this car a decade and a half ago, when he decided he wanted to go after the iconic trophy. Baron commissioned Jordan Quintall II and III and their custom shop, Super Rides, to build this 1959 Cadillac Eldorado Brougham. As often happens with over-the-top builds like this – the body was chopped, channeled, shortened and converted from 4-door to two, just to name a few of the major modifications – time and money tend to pile up.

A full 15 years and $2.3 million later, the car was finished, rolling into the Autorama a year after Barton passed away and successfully winning the Ridler Award. Stephen’s brother Craig would hoist the trophy in honor of his late sibling, putting a bittersweet period on this car’s Ridler journey.

« Stunt Rider On A Harley Throws Down In The Rain