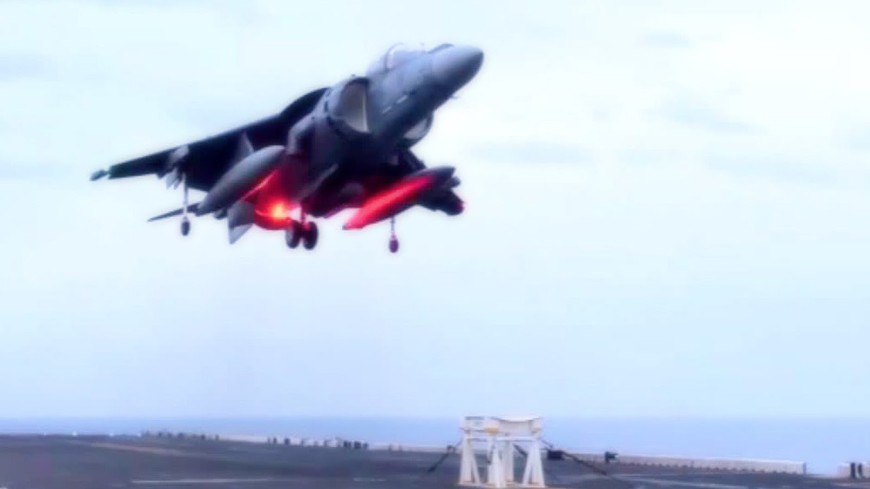 Landing a fighter jet takes extreme precision and skill, or at least we would assume that be the case. Without the proper hardware, we would think that this task would be extremely hard if not impossible!

U.S. Marine Corps Capt. William Mahoney, AV-8B Harrier aircraft pilot, was forced to land his craft without the use of a nose landing gear due to equipment malfunction.

Check out the video as the captain talks about his experience during a controlled landing in which he was forced to land the front end of his jet on a stool of sorts. This amount of skill is insanity, making for one of the must see videos you’ll see this month!

This pilot couldn’t have possibly gone much lower on this flyby!