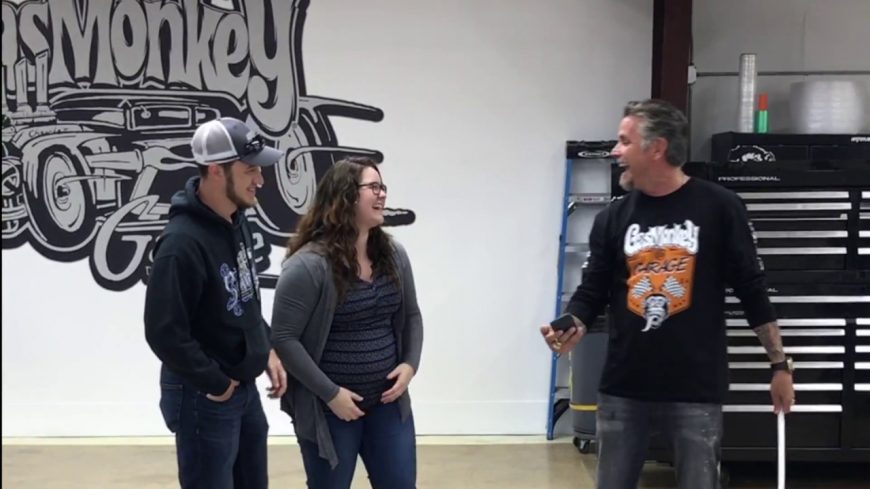 As you might have seen around the Internet, when a couple becomes pregnant, sometimes they choose not to find out about the gender right away and instead, hand over a sealed envelope with the result to a party planner who will then help them to create some sort of gender reveal.

This time, a Florida couple does it big as they bring Gas Monkey Garage and Richard Rawlings on board to help out with their gender reveal. With the assistance of a balloon filled with colored glitter, Richard would be the one to aid the couple in announcing if their baby was going to be a boy or girl.

After some intense build up and Richard writing down his guess on the gender in his phone, it’s time to go through with it and have the moment of truth come to fruition to see what these folks are going to be dealing with for the next 18 years of their lives.

Check out the video below that showcases this epic gender reveal that they will probably remember for the rest of their lives! Imagine telling your son or daughter years from now about Richard Rawlings and how he was a key element in announcing their gender to the world.

« How Much Faster is a Koenigsegg Agera R Than a Ferrari 458?