Posted by: Jeremy Patterson on February 3, 2017 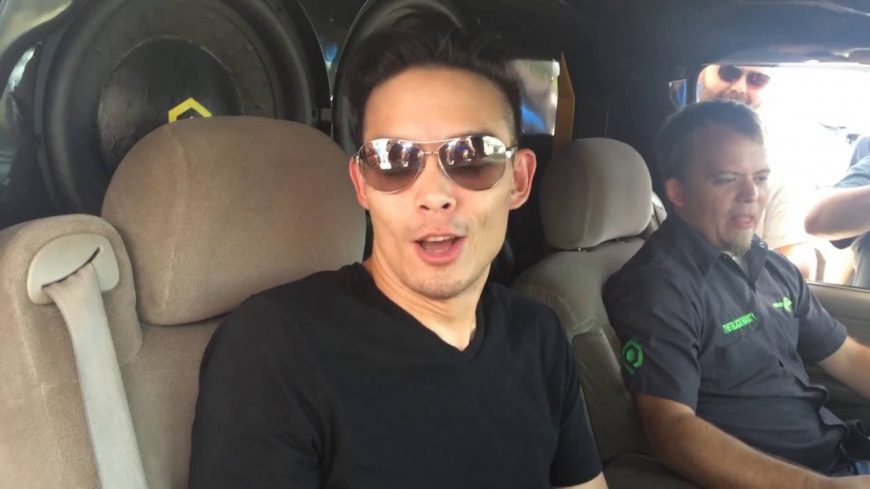 Street Outlaws star AZN is known for his antics with partner-in-crime Farmtruck, but occasionally we do catch him out on his own, experiencing new things. Last summer, he headed to Slamboree in Shawnee Oklahoma and took a moment to check out a different type of performance: a competition-level sound system.

We don’t have much info on the ride itself, but that wall of subwoofers right up behind the front seats says more than enough: this thing is LOUD! The owner gives AZN a little idea of what’s to come before cranking up the bass, and it becomes obvious why he did his talking before he turned up the volume. AZN, clearly yelling at the top of his lungs, looks like he’s mute, as the intense sound waves completely overpower his voice. However, you can’t deny the huge grin on his face, as he’s loving every second of having his brain rattled!

This just serves to further prove that AZN is a man of many interests, not limited to the high-powered world of street racing in the 405.

« Flashback! Dale Earnhardt Jr Has Great Reaction When Flying with the Blue Angels