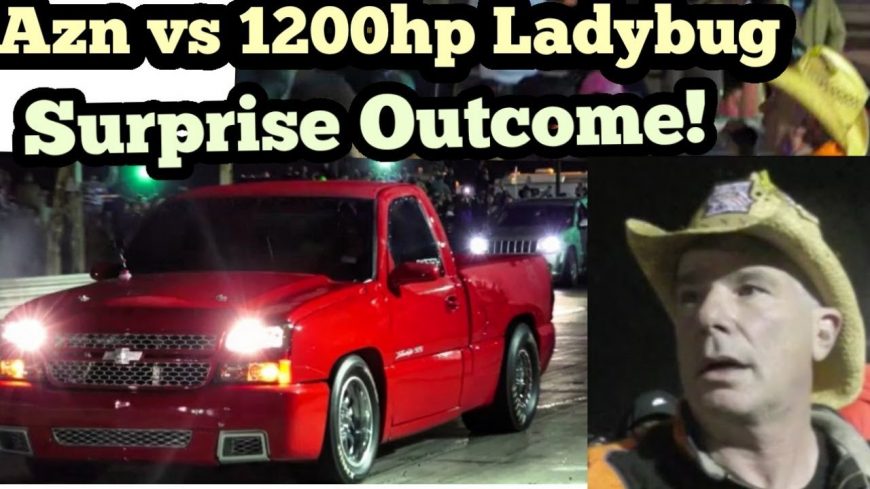 As gearheads of the highest order, one would be foolish to assume that the Street Outlaws don’t have all sorts of toys. Even when it comes to their daily driven machines, these guys and girls have some pretty awesome rides. One of the most popular of the daily drivers, perhaps, is that of Azn’s “Jeeper Sleeper.”

The Silver Jeep Grand Cherokee SRT8 is fitted with a 405 cubic inch Hemi based on the original 6.1L and some love from Modern Muscle Xtreme. The combo gets even sweeter with a ProCharger D-1X supercharger. It might be a heavy SUV but this thing can certainly hold its own. Given that it retains AWD capabilities, the heavyweight has an advantage when it comes to traction. It’s a lot easier to get power to the ground when there are four tires supporting the cause.

This time, in the opposite lane, we check out another monster spinning all fours. The “LabyBug” Chevrolet Silverado is one of the most popular turbo trucks on the web. Boasting 1200 hp to the tires, the truck certainly moves out. Based on looks alone, the drag wheel setup might hint that the truck is going to be fast. Before it started going viral, though, I’m not sure that there were too many people who had a sense of how fast. Let’s just say that this truck is nothing short of a handful, especially on surfaces that would otherwise be unforgiving.

This time, we get to watch as these two amazing machines go head-to-head. Straight off of the line, Azn ends up getting a pretty massive lead. However, it appears as if the LadyBug is ready and willing to reel the Jeep back in. The gap that started out rather large is eventually whittled away to almost nothing.

The crew over at the National No Prep Racing Association does a great job of capturing the moment in the video below. This might just be one of the wildest photo finishes in quite some time! – Farmtruck and Azn

« US Launches Wave of 52 F-35A Fighter Jets in Training Exercise, We Wouldn’t Mess With Them