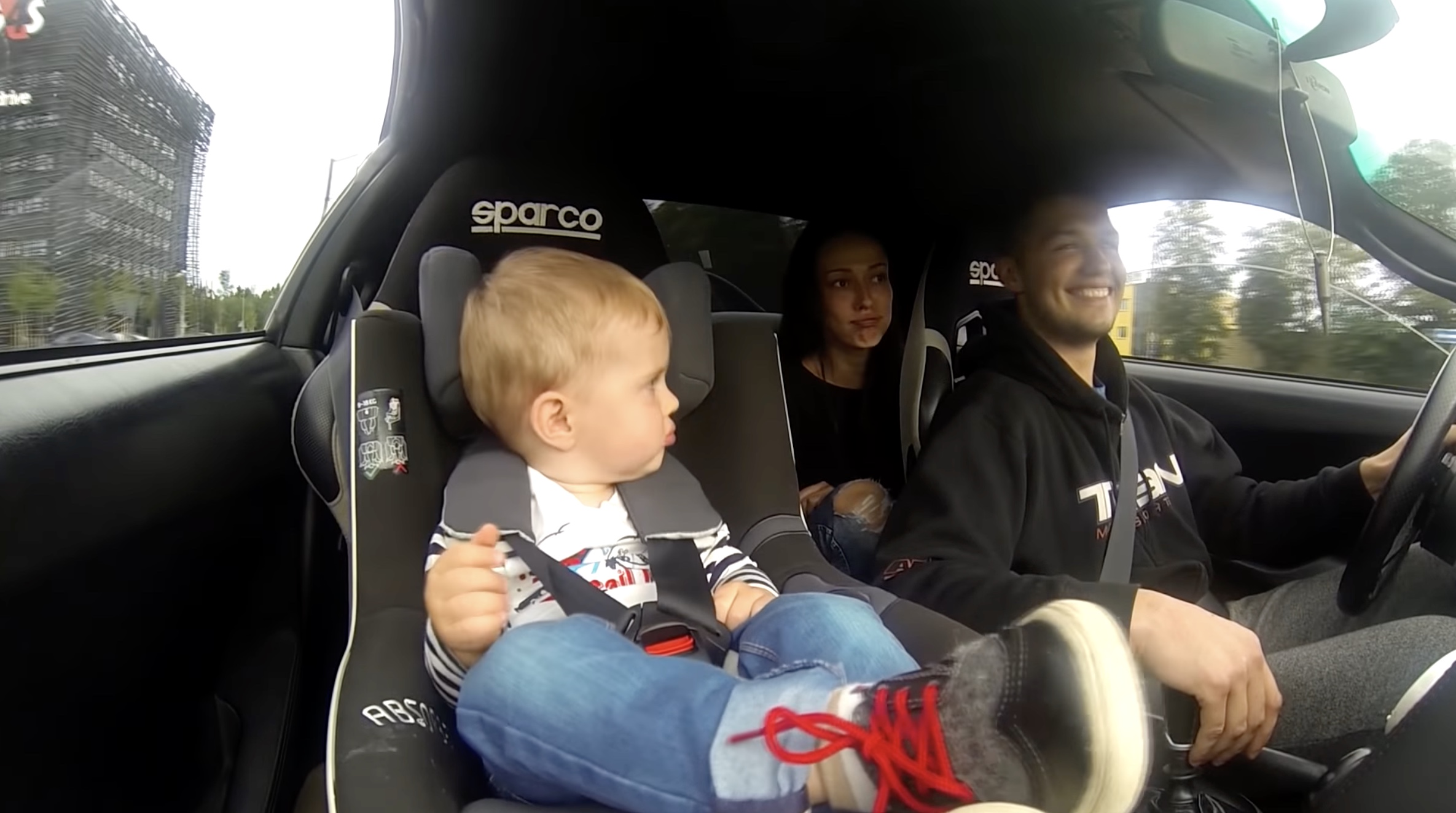 The one thing that might be better than the feeling you get from everything that has to do with your passion could be the feeling of passing that passion on to the ones you love. There’s just something so special about being able to pass down everything that you’ve learned along with having someone right by your side who is passionate about the same things as you and can also appreciate them on such a high level. It really adds a new element of joy to the equation.

This time, we check out a father and son combo that we think is pretty darn awesome. We kind of get a funny feeling that this kid will be hooked on cars for life after this little display that gets the two-year-old introduced to boost as dad sits him up front and cracks the throttle a couple of times.

We’re able to watch as dad takes his son around town in the Toyota Supra, spitting out the symphony of sounds that come along with a turbo setup and even making the youngster who is still grappling with speech to say “wow,” one of his first words. Even though it might just seem like a cool experience to the child now, years in the future, he will probably realize that this could be a life-shaping moment when he takes the chance to look back on this video that he will have forever. It’s something that he might even look back on as one of the most cherished moments in his life. There’s nothing like spending time together as it’s the most valuable resource that you’ve got!

Ride along in the video below and tell us what you think of this peek into a window of time that we are definitely glad was captured for eternity. Even better, the fact that something like this is on the web to be shared over and over again makes it all that much more exciting!