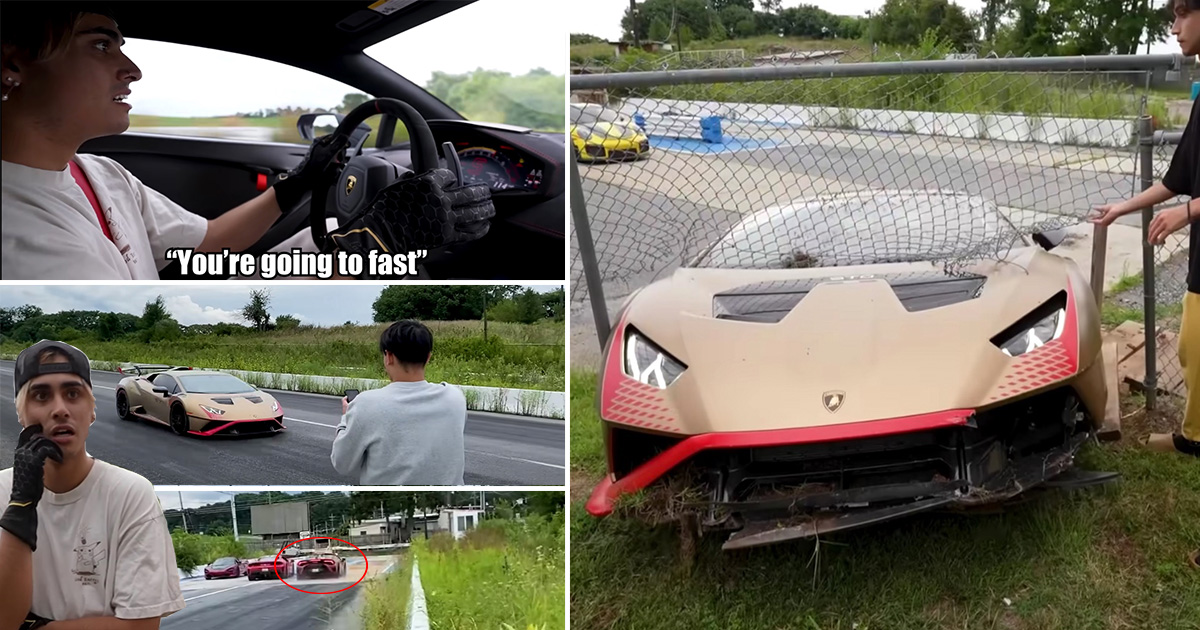 Have you ever wondered why car insurance is more expensive until you hit age 25? Well, I think that most people can probably put two and two together on this one. As someone who was once a young male under 25, I can say that I have some first-hand experience with decision-making at that age as well.

However, for those who can’t seem to put it together, this video might just be the evidence that helps some understand why insurance companies are a little bit harsher when it comes to younger drivers.

In the video, we catch up with some young men who pushed the limits and paid the price. In a video posted to Facebook, we see several newer exotic cars that these youngsters get to play around with. However, with what comes next, we could see why most people don’t usually put their kids in cars like these and why insurance companies absolutely cringe at the idea that somebody under a certain age would be able to get behind the wheel of one of these things.

In this particular outing, it looks like these young drivers decided that they wanted to head out and see exactly how fast they could push these exotic cars. With that in mind, the group would head to the abandoned drag strip to test out their fancy rides. We have to give them credit for at least taking it off of the street. However, it’s clear that the decision-making part of the brain wasn’t acting in full effect as the cameras were pulled out and the recording began.

In the clip below, we watch as a top-speed run of sorts is attempted on the abandoned strip heading backward toward the starting line. Unfortunately for the individual behind the wheel, being able to judge the proper braking distance just wasn’t a skill that had been fully developed just yet. As such, we watch as a Lamborghini ends up meeting a fate with an abandoned shack at the race track. Fortunately, it at least looks like everybody was ok and able to walk away from the incident.

« When The Pawn Stars Got Seriously Cheated