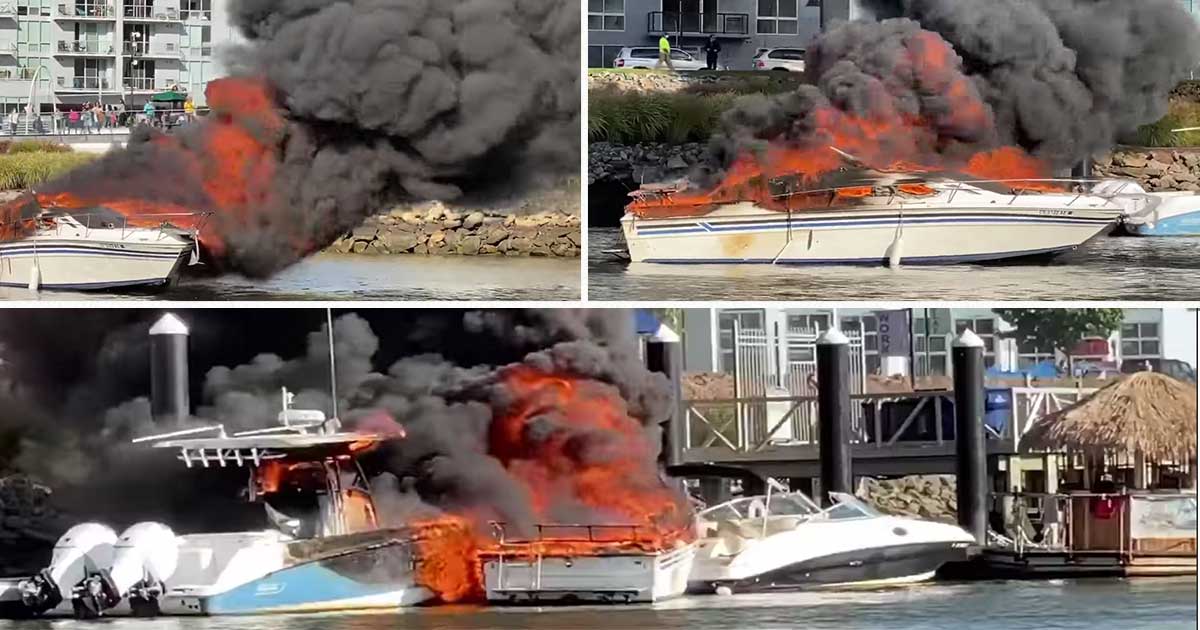 Watching your boat go up in flames has to be one of the most frustrating things imaginable. In what can only be described as a paradox, the water needed to put out the fire and smother the blaze is right there. However, unless the boat is going upside down, the water just simply won’t be able to extinguish the fire until the damage has been done. Unfortunately, this is a pretty common theme out there on the water as different scenarios might cause a boat to go up in flames.

This time, we tune in with a situation that really adds insult to injury. We don’t have very much background on this one but we do see is something that started badly and simply got worse. The domino effect was very real here and ended in an expensive day out on the water as multiple vessels were claimed.

At first, we are greeted with a sight that’s rather terrifying!

As the video starts to play, we find an older boat on fire. Fortunately, it does appear as if any occupants that may have been on the boat managed to escape. However, as the vessel begins to drift, it doesn’t just burn into the water as we anticipated. Instead, this drifting ball of fire seems to find another vessel before coming to a rest.

Unfortunately, as the fire blazed on, the vessel came to rest up against what looks like a newer and probably pretty expensive center console. We didn’t think that fire would spread that quickly when it comes to fiberglass. However, it’s only a matter of seconds before the center console was on fire itself. As the boat on fire sits between the camera and another vessel, it’s very possible that a third victim was tied into this one as well.

“Smoke on the water”