As decent human beings, sometimes, we make a common mistake. When someone is a ...

As decent human beings, sometimes, we make a common mistake. When someone is a reasonable human, they might assume that those around them share this common decency. However, as we all know, reality might dictate the fact that this isn’t always the case.

There are certain situations where, when people think they aren’t being watched, they’ll act in quite unsavory ways. Every once in a while, these folks don’t take the time to consider the idea that there might just be a camera watching. This is when things get interesting.

For those who call themselves valet drivers, this actually happens to be a pretty common phenomenon. There are tons of people who have dashcam setups these days. However, that doesn’t stop valets from living it up on a customer’s dime. It can get pretty disgusting.

This time, the paying customer just so happened to be the owner of an Audi. When he would go out for a night on the town of Baltimore, he would decide to valet the car. As you can probably guess, this is where things got a little bit unsavory. Instead of simply slowly driving the vehicle to a place where it could be parked, this valet decided that he wanted to get into something a little bit different. Instead, he would absolutely beat the living snot out of this poor German luxury machine.

In the video below, we see quite the infuriating bit of footage. The forward facing camera shows the street as of this particular valet really goes out of his way to break the rules and the trust of this customer. At one point during the joyride, he even takes a moment to get on Facetime with one of his friends. If you want to talk about the most fireable offense possible in this line of work, look no further. Honestly, all of these kinds of valets deserve to go down. However, when someone is dumb enough to do it while a camera is recording in the car, we double down on that statement.

Video Proves Why Using The Valet Is Not A Good Idea... 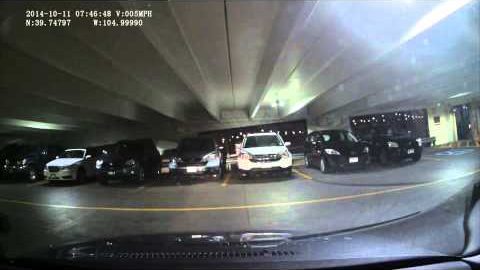