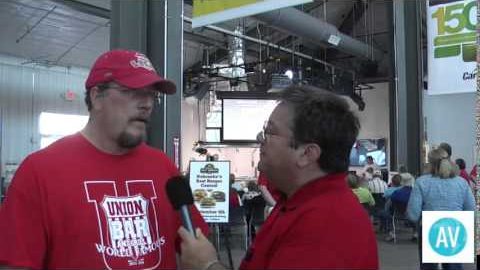 First of all, let us just remind you that drinking and driving is probably the most terrible idea ever. We know, you’ve heard it a million times. It’s something that can’t be said enough, though.

With an abundance of summer holidays coming up, the festivities might get a little bit wild. Getting behind the wheel while intoxicated should definitely not be a part of that equation. Not only does drinking and driving claim innocent lives but it does so for the lamest of reasons. Accidents happen sometimes but when said accident is 100% avoidable, getting into it is simply unforgivable.

These days, awareness is an all-time high and therefore, there are plenty of ways to get around drinking and driving. For example, services like Uber can get someone a ride to anywhere at any time. In addition, there are usually local accommodations that help out for folks who have had too much. If that’s something that doesn’t work, there’s always the tried-and-true remedy of calling up a friend or loved one to help you out with a ride. We’re sure that most would rather be inconvenienced by picking someone up rather than seeing the consequences of a drunk driving incident. Long story short, every option is better than drunk driving.

It just so turns out that The Union Bar and Grill in Gering, Nebraska agrees big time! In fact, they seem to be so in love with the idea of people being responsible that they just want to hook them up sometimes. In a recent story that’s making its rounds, we saw a woman make a post to Facebook that tells of the restaurant doing a little bit of good. Janelle Martin would make a point of telling the story of her husband, Austin. When Austin had a little bit too much to drink, he decided to leave his truck behind at the restaurant. He would ask his wife to come and pick him up instead.

Someone from the restaurant took notice and decided to write a letter to leave on the truck’s windshield. When returning the next day, Austen probably expected some sort of ticket when he saw the notice. However, instead, the letter spelled-out thanks for Austin being responsible. It informed him that the letter would be able to be exchanged for a free hamburger and french fries. If that’s not being proactive in the community, we aren’t sure what is! Our hats are off to Union Bar and Grill for going above and beyond to reward the responsible!

Don’t let this message go over your head. Take it to heart! The only way that anyone should be driving is sober.