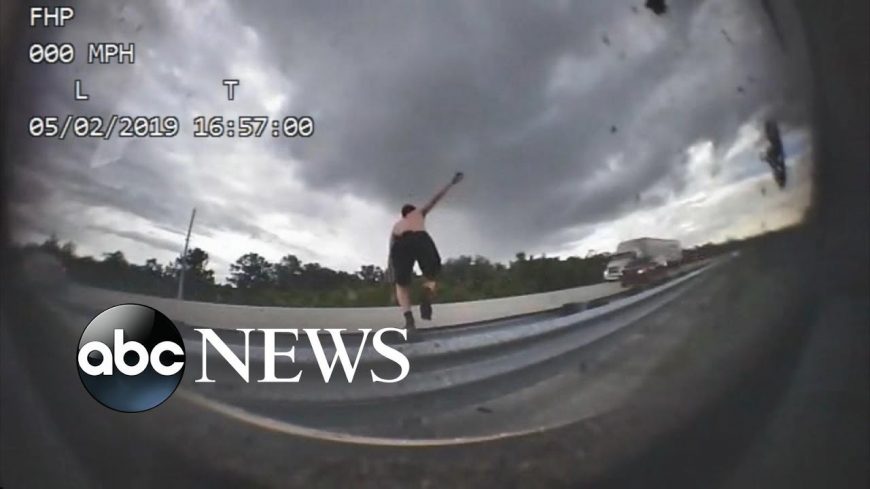 Naturally, when 22-year-old Florida man, Shane Jensen, was spotted walking down the side of the highway barefoot, police would stop to try and help. However, it turns out that officers really had no idea what kind of interaction they were getting themselves into. I guess, when we really break it down, police officers all over the world have to deal with this very dynamic. Part of the scary part of being in law enforcement is that an officer never really knows what’s going to come next. A person could genuinely need help. However, on the other hand, officers could be approaching some sort of outlaw.

As it turns out, when Jensen was approached by the officers, he would begin to evade. This meant that Jensen would take off and eventually end up in a police cruiser. He wasn’t cuffed in the back, though. Even when guns were drawn on him by the police, Jensen continued to flee in the driver seat. Before long, he would break free from the police, making a U-turn on the highway. Before long, the chase would find itself at 140 mph. This chase that ended up putting police and civilians in danger would veer into the grass and end up in a guardrail. Once delivered to the hospital, Jensen would go even crazier. It was at this point that he would assault a police officer.

At first, it wasn’t clear why somebody who was simply walking down the side of the road would through all this trouble. It seemed like he really wanted to avoid police interaction. Later, we learned that the individual was already wanted for a carjacking. In addition to the original crime, this little stunt would add just a couple of more charges to the record. In fact, when all was said and done, 10 additional felony counts would be pinned on Jensen.

« What it Takes to Get a Realistic Dream Garage Built