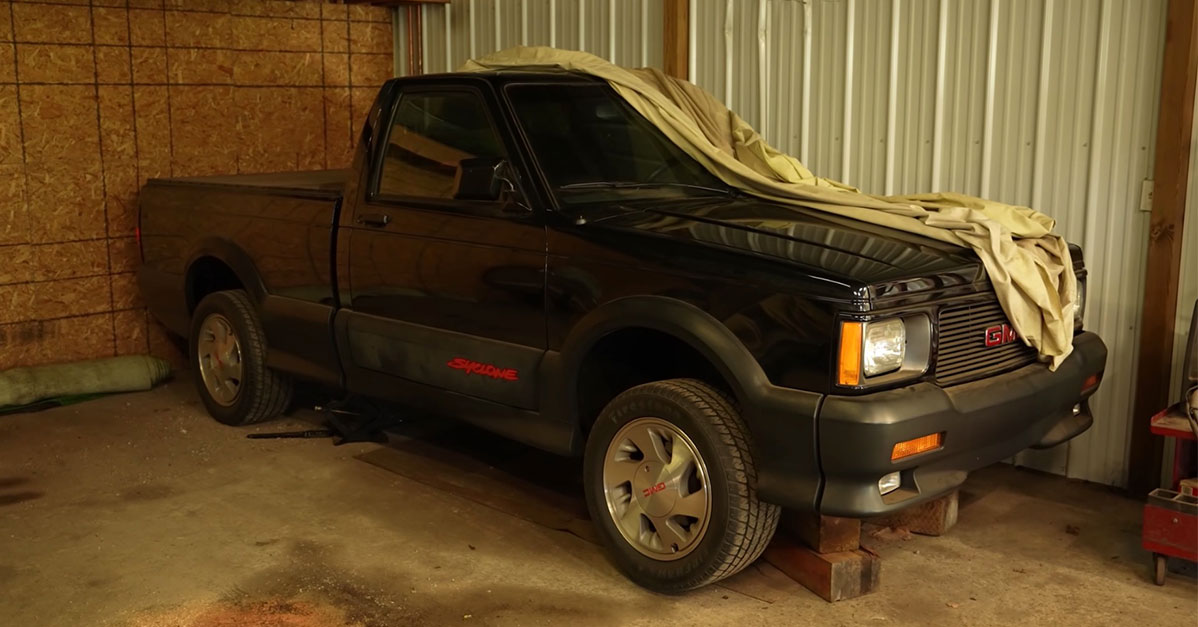 When it comes to some of the craziest barn finds, it can be incredibly exciting to ride along. At the end of the day, you truly never know what you’re going to come up with in some of these situations. There are vehicles lurking around all corners of the country that span every taste, era, and layout imaginable.

This time, we check in with an era that is going to be really exciting for those who are fans of the turbocharged General Motors movement.

During the late 80s and early 90s, we would see a grouping of vehicles that many would consider being ahead of their time. As GM decided that it wanted to make power with something that had fewer cylinders, the turbocharged six-cylinder movement would commence.

With it, we would see rides like a GMC Syclone, a pickup truck that certainly turned a fair amount of heads and still has a cult following today. We would also see one of the most popular rides from the day in the Buick Grand National, a vehicle that really needs no explaining. Both of the above stood to take a shot at GM’s flagship sports car, the Corvette, which was a bold move for a company with such a successful model already in place in the performance arena.

This time, the Barn Find Hunter from Hagerty takes us behind the scene of some incredible turbocharged barn finds that we can really sink our teeth into. Naturally, turbo GM products are the focal point of this one and there are lots of surprises to behold.

By following along with the video below, we get to stumble upon not only some pretty incredible finds. We also get to tune in with an adventure that takes us through some places that have been hiding away for years and are just begging to be discovered once again.