Beachgoers Taken Off Guard When Airplane Crashes On Daytona Beach

Beachgoers Taken Off Guard When Airplane Crashes On Daytona Beach

Imagine spending a day on the beach, relaxing as you kick back and catch some sun ...

Imagine spending a day on the beach, relaxing as you kick back and catch some sun rays, listening to the waves as they crash on the shore in the distance. It’s a relaxing day and all of your stress is just floating away, when all of a sudden, you hear a rather loud bang as something that isn’t normally a part of the landscape makes its way into focus. It might almost seem like a scene out of a movie but in this particular situation on Daytona Beach, the theatrics were a reality as an airplane would come down hard and crash land right on the beach.

As beachgoers made their way down the beach, a small airplane would fall straight out of the air, making its way into the waves and right on the shoreline before coming to a halt. As the those on the scene would surround the craft, they would eventually see that the pilot and only occupant would end up making his way out of the plane and sit on the wing where he would wait for rescuers to arrive, only to see that he was alive and well, thankfully. We would imagine that he had to be rather shaken up after the situation unfolded, though. The airplane, as you could probably imagine, wasn’t as lucky as its occupant.

If you follow along with the video below, the news was on the scene in order to capture the moment as it unfolded in a live stream. This definitely had to be one that left onlookers concerned but they should be able to sleep well tonight knowing that everything would end up being alright, all factors considered. There is no information just yet as to what led to this aircraft falling out of the sky on that otherwise normal afternoon. 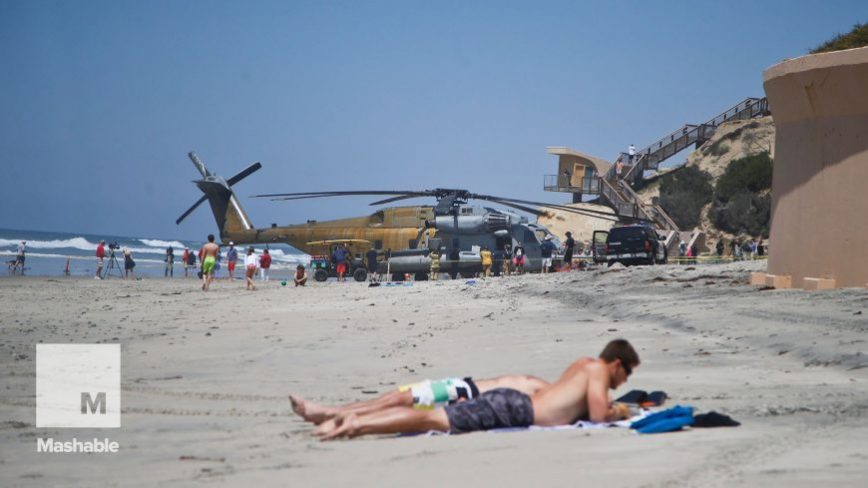