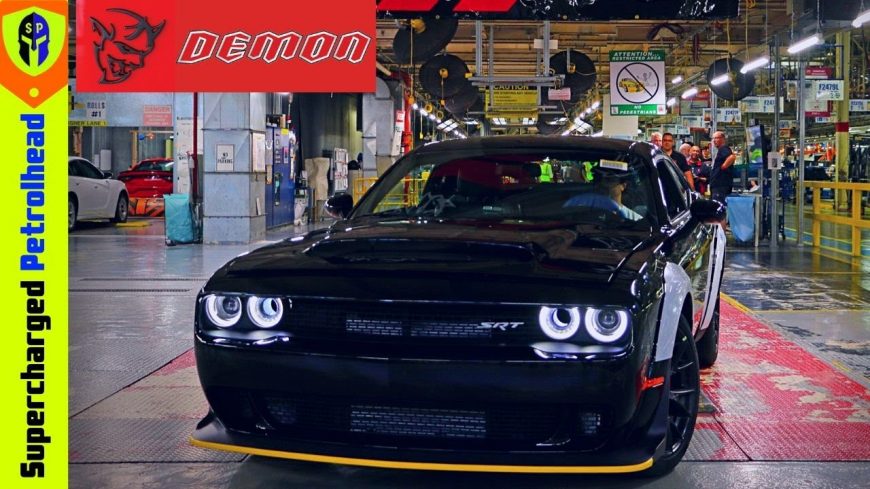 Time goes by incredibly quickly. When we take a look back, it’s pretty amazing to see how much progress we’ve made. It’s wild to think that the chance to own a brand new Demon has come and gone just like that. With that, we can still take a look back at what it looked like as it was being made!

It seems like just yesterday we were getting to check out the marketing materials for an exciting new car, a machine that went by the name of the “Demon” and promised a whole plethora of features that would really set it apart from the pack, offering up a real one-of-a-kind drag racing machine that would come with major supercharged power straight out the box, and thus to put it into the nine-second range in a quarter-mile without any sort of modification at all. Just stomp the throttle and go.

Since then, we’ve seen speculation fall and the real players lay it down on the drag strip. These drivers have proven their worth, leaving behind everybody’s what-ifs and maybes, really cementing history. The exciting part of it all is that we have really just scratched the surface on what exactly the Dodge Demon is capable of as drivers are taking their versions of the car to the strip to lay down some passes and maybe throw some basic modifications at them. The real show is still to come, we’re sure. It will all be coming from the cars that you already see on the streets today, though!

If you follow along with the video below, you’ll get a unique chance to look inside a Dodge factory as the Demon rolls off of the line. While the car is no longer produced, it’s still neat to check out how it all came together. The video that you are witnessing is really unfolding a piece of history in front of our own two eyes.