Behind the Scenes With Hailie Deegan’s First NASCAR Truck Race 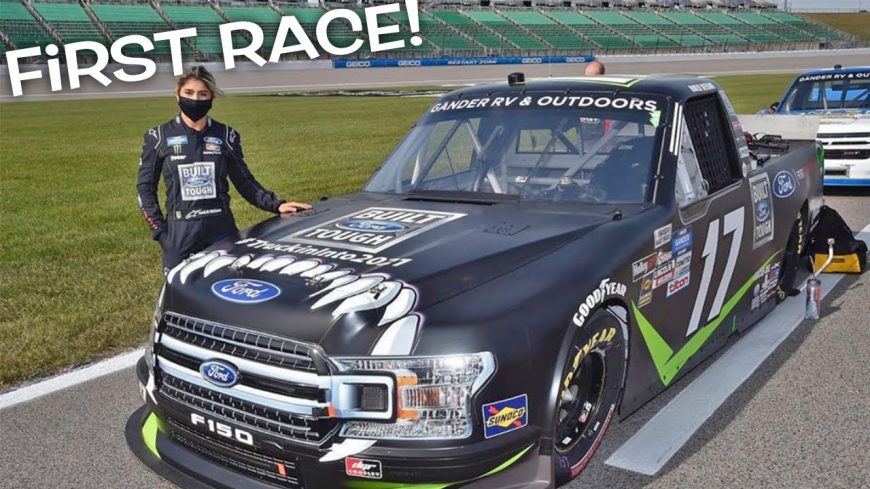 As one of racing’s fastest rising stocks, a lot of eyes have been on Hailie Deegan. Deegan has quickly been making her way from series to series, most recently progressing through the ARCA series to the NASCAR Gander RV & Outdoors truck series. Recently, she would manage to make her debut in the truck series with a strong showing for a first outing.

For those who aren’t too familiar with how these kinds of things work, they’re typically a progression. A driver will start all the way at the bottom of the ladder, proving themselves in one series before eventually securing enough success that they take that step to the next higher series. Theoretically, that would mean that Deegan is on her way to a NASCAR Cup Series ride one day if everything goes according to plan.

For now, though, the focus was on the truck race and she actually managed to do pretty well given that it was her first race in the series. Deegan placed 16th. In this particular video, we get a behind-the-scenes vlog to show how exactly it all went down. This isn’t necessarily a view that we would’ve gotten in a pre-YouTube world. Just imagine how cool it would be to see some of your favorite marquee drivers making their way up through the ranks from behind the scenes. We get exactly that opportunity with Deegan as she hopes to become one of those marquee drivers herself.

Below, we join in as the Deegans show up and show out. First, we get a special look as Hailie gets to check out the new Ford Mustang. After that, it’s on to ARCA and the truck series race! As of now, NASCAR’s season is drawing to an end. However, moving forward, Hailie Deegan will definitely be a name that we would keep an eye on!